Konkan Railway lines to be electrified in next 12 months: Piyush Goyal 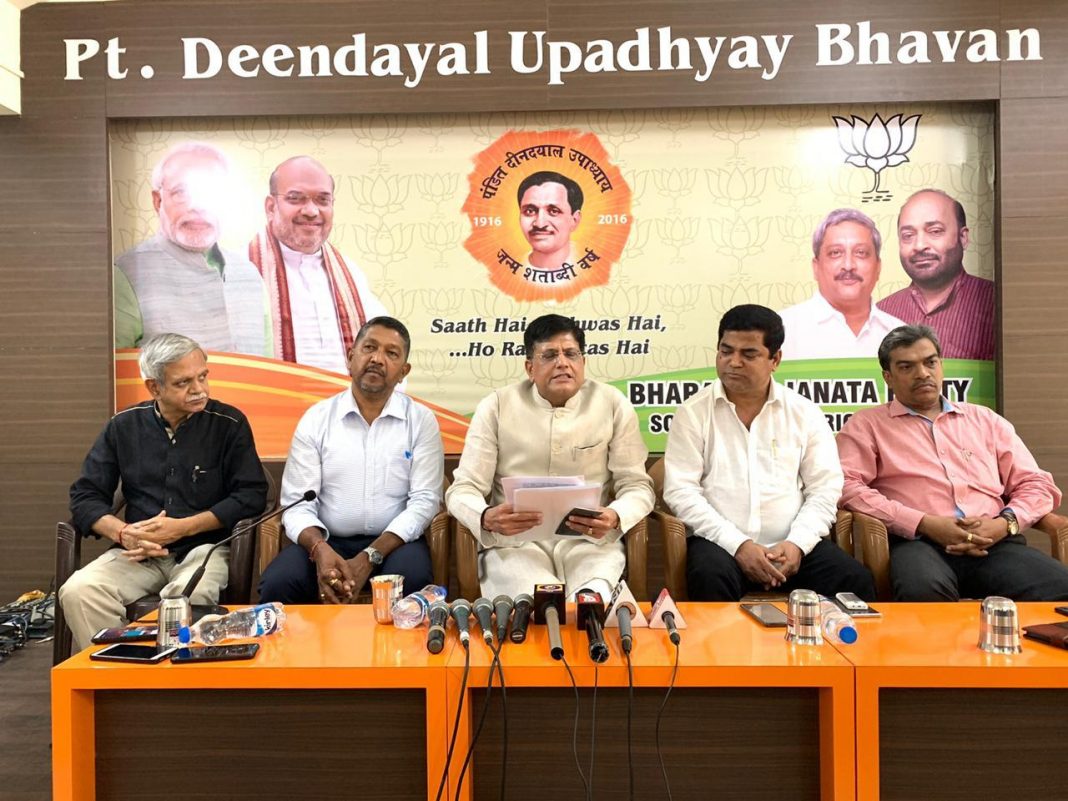 Talking to reporters in Margao town, Goyal said that in next 12 to 15 months, the KRCL lines would be electrified so that there is no pollution created due to the trains in this region.

“State government has been working towards making Goa, a pollution free state. Railway will contribute in its own way towards it by electrifying the railway line on KRCL,” he said, adding that the diesel run trains would be done away in this region.

The minister also said that in future,  tracks would be laid connecting newer areas in the state by railway facility.

He said that the railway ministry would be introducing more “quality trains” to Goa so that the tourists arrive here using railways.

“Tourists and other travelers can enjoy beauty of Goa while they travel through trains. We are also introducing more vista-dom coaches on the route,” Goyal added.

Previous articleFive-day long Budget session from February 3
Next articleTwo participants of Sunburn feel uneasy outside the venue, shifted to the hospital