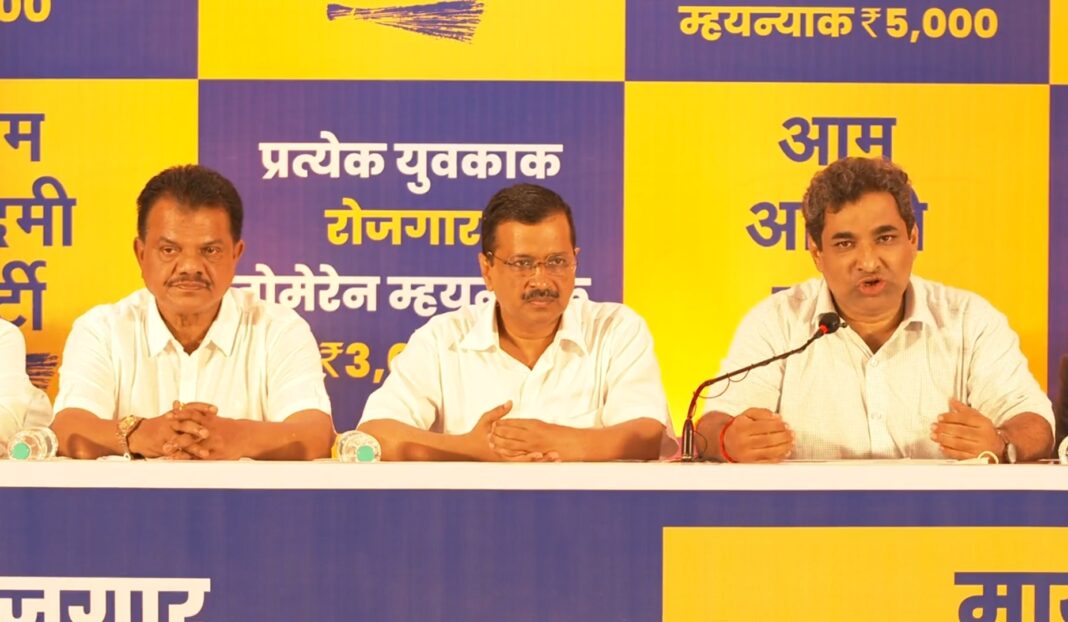 Kejriwal is in Goa on his two day long visit to the coastal state during which he made second set of assurances related to employment creation.

During his earlier visit, Kejriwal had assured 300 units of electricity free per month, if his party is voted to power in 2022 Goa election.

Addressing a press conference at Mapusa town, Kejriwal announced that, if AAP is voted to power, their government in Goa will give the jobs in the government set up only on the basis of merit.

He said that the current practice of recruiting people in the government sector through ‘favours’ from the MLAs or influential politicians will be done away with.

The Delhi Chief Minister said that entire system of job recruitments in the government sector would be made “transparent and accountable.”

He also assured that at least one unemployed person from each family would be given the government job while unemployed youth will get Rs 3,000 per month till he gets the job.

In a major announcement, Kejriwal said that 80 per cent of the jobs including that in private sector reserved for Goan youths. “We will pass a law making it mandatory for the private industries to employ 80 per cent of its workers as locals,” he said.

To bridge a gap between employability and skills, Kejriwal said that the government will start Skill University on the lines with the one started in Delhi where youth would be skilled and made employment ready.

He also announced that the families in mining and tourism industry will get monthly Rs 5,000 remuneration every month till the respective sector is resumed.

Referring to the doorstep delivery services introduced by Pramod Sawant led government, Kejriwal said that similar initiative has been implemented by Delhi government.

“As per our scheme, the government officers go to the door step of the people with the required facilities. People don’t have to move out of their homes,” he said.

He claimed that Sawant government has been copying Delhi government’s initiatives, while commenting “why to chose duplicate, when you have original.”