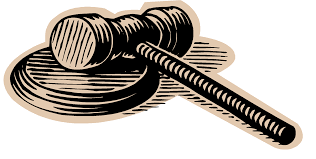 Sanguem: A day after Judicial Magistrate First Class, Sanguem dropped charges against former Sarpanch of Netravali panchayat Abhijit Desai and two others, police officials said that they will appeal in higher court against the order.

JMFC dropped charges against Desai, Harshad Prabhudesai and Shantanu Gawas after hearing arguments before charges on Tuesday in connection with the case in which they were booked for assaulting Electricity Department’s linesman.

In the incident that happened on October 5, 2018, the accused had allegedly assaulted linesman, who had lodged complaint with Sanguem Police Station.

JMFC Sanguem Anuradha Andrade in her verdict had said that there was no evidence with police to prove involvement of accused in the case.

Meanwhile, Police have claimed that there are enough evidences in the case to convict all the accused, which could be produced during the trial.

“We respect the judgement of JMFC but at the same time we want to appeal in the higher court against the verdict. The trial has to happen as the case is related to assault on government servant,” said a police officer, refusing to get quoted.

He said that police are sure to convict all the accused depending on the investigation conducted, statements recorded and evidences collected.