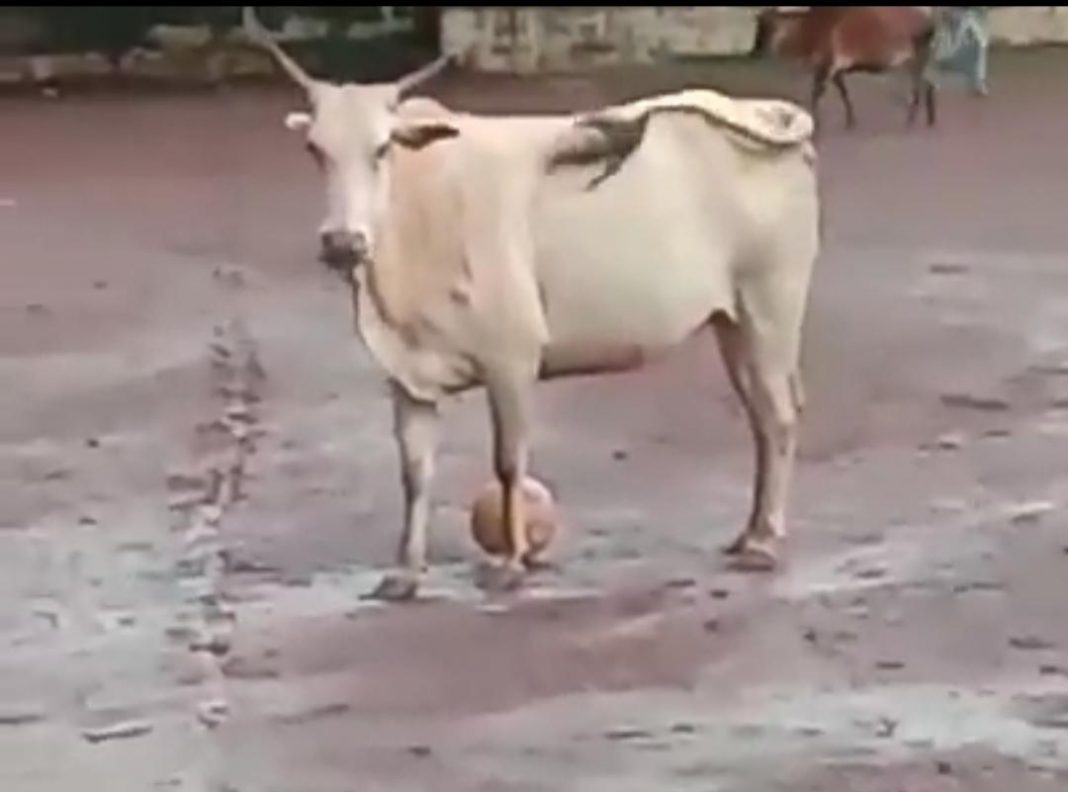 Panaji: Boys who shot viral video of cow playing football on the ground has said that the news about cow confusing the ball for her dead calf was just a rumour.

Both the boys were interviewed by RJ Uday on Big FM during which they clarified that the news carried linking the behaviour of cow with losing her calf was rumour.

“We have seen this cow obsessed with football for more than one year now. And this cow never had calf,” they said.

“If you come on Mardol ground, you can always see the cow there and it is always obsessed with football,” they said.

The video had gone viral which was also shown on national news channels.