Its MGP v/s MGP over potholes 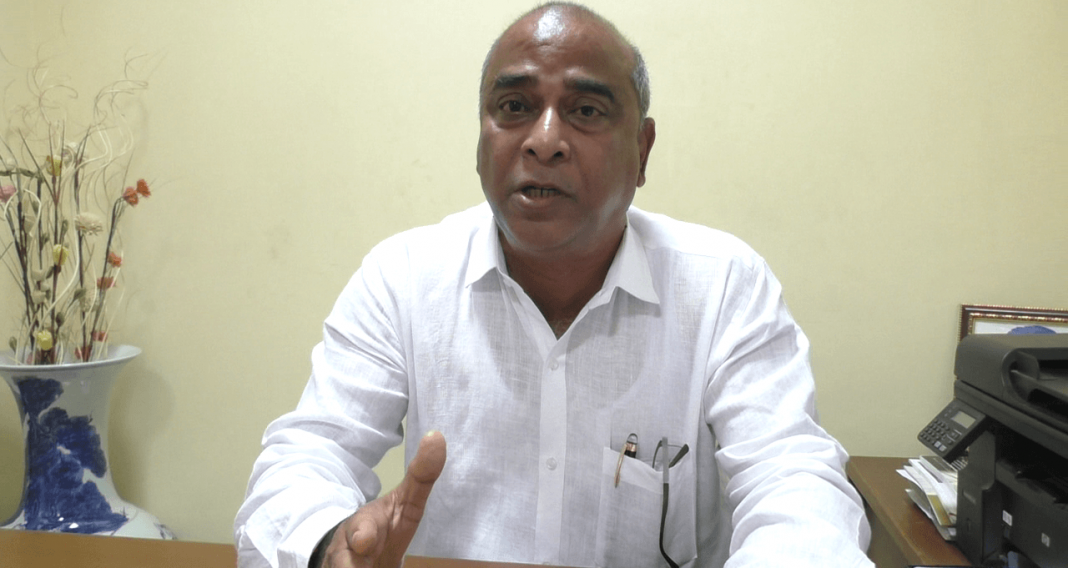 Pernem: Tourism Minister and MGP Pernem MLA Manohar ‘Babu’ Azgaonkar has threatened government and PWD Minister Sudin Dhavalikar to call for ‘Rasta Rokho’, if the potholes on the national highway 17 (NH) from Dhargal to Patradevi are not cleared within 24 hours.
What is interesting to note is that MGP MLA has taken over senior MGP MLA Dhavalikar, who been facing ire of public over poor condition of the roads across the State. However, this is for the first time that a MLA from ruling dispension and that too from MGP itself has given an ultimatum to Dhavalikar.
Azgaonkar said that the NH 17 from Dhargal to Patradevi has turned out to be death trap with large number of potholes. “Number of accidents and subsequent deaths have taken place due to bad roads. Despite panchayat members and villagers demanding to fill up the potholes, PWD has done nothing so far,” he said.
“With Ganesh festival approaching, the traffic flow on the road will witness rise in the coming days. Hence, I appeal PWD to immediately take up work to repair the roads by filling up the potholes,” Minister said.
Azgaonkar said that if within 24 hours the potholes are not cleared, we will resort to ‘rasta rokho’. “Government will be responsible for all the consequences. I along with my people will come on streets. This is a final warning I am giving to PWD,” he said. Earlier in the week, Dhavalikar had said that heavy rains are responsible for poor condition of roads and the repairs would be taken up only in mid-November.
However, this year, the monsoon has not been very active over Goa. The State which otherwise receives over 120 inches of rainfall on an average during the four-month season, this year has not even touched 90 inch mark so far.

Previous articleGoa: Finally, nude mystery man arrested by Panaji Police
Next articleCongress in Goa not to be part of nation-wide bandh