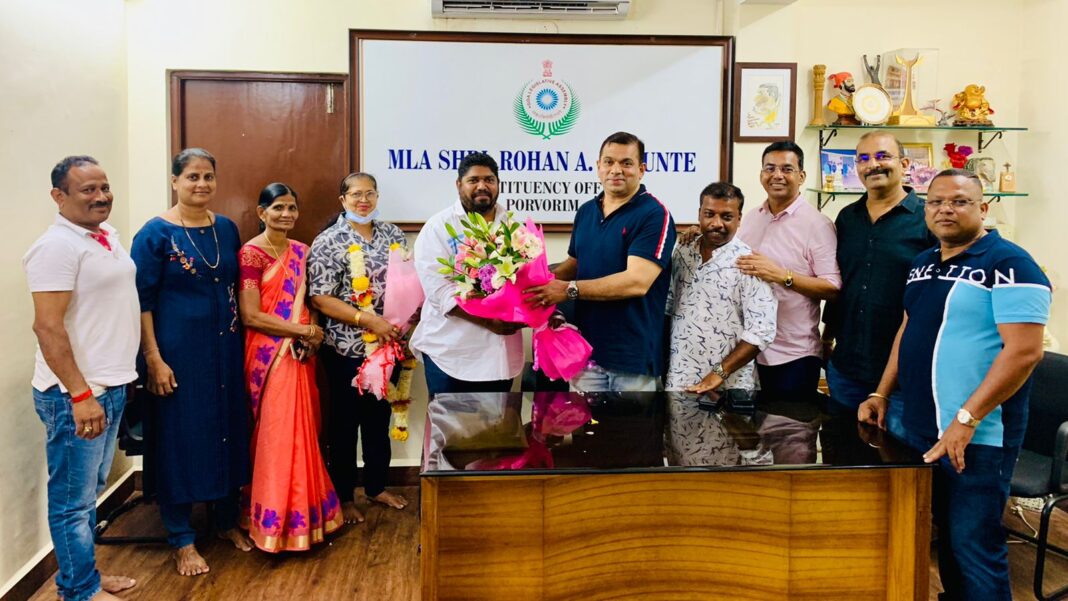 Porvorim: Socorro Panchayat member Ditosa Lobo has said that she decided to leave the BJP camp and join hands with the panel mentored by local MLA Rohan Khaunte as she realized that the saffron party was not interested in the development of panchayat area.

Lobo becomes the latest panch member to join Khaunte group, which had dethroned Sarpanch Sandeep Vazarkar to get elected Anil Pednekar on the chair.

Earlier Sanjay Manjrekar, a Succoro panch member with affiliation to BJP, had switched over the sides to Khaunte group.

“I had supported Vazarkar thinking that he would work for the development of my ward area. Eventually, I had even supported the BJP. But I was proved wrong,” Lobo said talking to reporters at Porvorim.

She said that Vazarkar was not interested in the development and hence was removed from the chair. She also said now the development work in my area will begin under the guidance of MLA Rohan Khaunte.

Lobo pointed out that a file pertaining to hotmixing of road from Vaddem to Succoro Church was approved three months back, but despite repeated requests Vazarkar did not allow the work to be commissioned.

She said that Succoro did not witness any development during last two and half years and basic amenity like playground could not be completed by Vazarkar.

Previous articleCongress is holding alliance talks with like minded parties in Goa: Rao
Next articleAAP unveils new office in Quepem