I am high on Josh and fully in Hosh: Parrikar 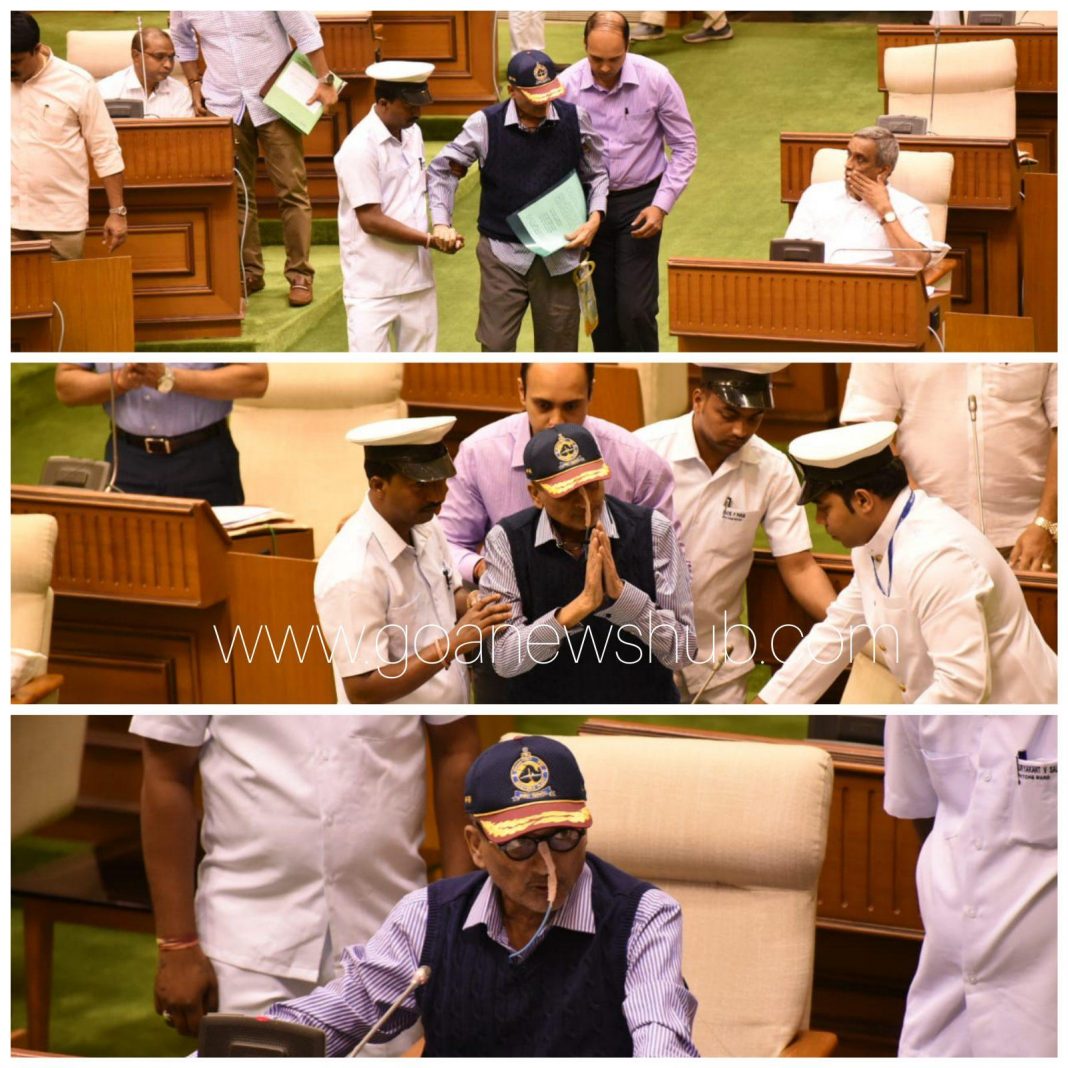 Porvorim:  Presenting a revenue surplus budget on the floor of the House during ongoing Assembly Session on Wednesday,  ailing Goa CM Manohar Parrikar taunted his political opponents stating “I am high on Josh and fully in Hosh.”

Parrikar who is suffering from pancreatic ailment presented the budget sitting on his chair in the House with medical tube running through his nose.

The Chief Minister read out statistics and figures in the Budget while refraining from presenting the full speech.

Taking on his opponents who had criticized him for asking “how’s the Josh?”, a take from the film based on surgical strike, Parrikar said “I am presenting a budget in Josh, a Josh that is too High, very high and fully in Hosh.”

Goa Pradesh Congress Committee President Girish Chodankar on Tuesday had reacted to the Josh slogan of Parrikar with retort that “Chief Minister should first come in Hosh and see how the administration has collapsed in the State.”

Presenting the budget, Parrikar on Wednesday, Parrikar began his speech bowing before the motherland.

“I bow before my motherland, Goa and Goemkarponn (Goanness),” he said while thanking people of for “continuous blessings.”

“I will continue to serve the State till my last breathe,” said the ailing chief minister.

Parrikar tabled the budget which has total gross budgetary expenditure including that on power purchase is Rs 19,548.69 crore as against Rs 17,123.98 crore for the year 2018-19 representing an increase of 14.16 per cent over last year.

“There is an increase in the allocation for capital account expenditure by 18.29 per cent as compared to the budget estimate for the last year, which was Rs 4216.25 crore,” he said.

The chief minister said “overall, for the year 2019-20, the annual financial statement indicate a revenue surplus since many years in succession. The revenue surplus is estimated at Rs 455.10 crore.

He said that through the budget, the government has continued to lay stress and thrust on Agriculture, Education, Health, Information Technology, Employment, Infrastructure and overall sustainable economic development of the State.

Previous articleGoa’s GSDP grew at 12.14 per cent for Financial year
Next articleDon’t use your visit to an ailing person to feed political opportunism: Parrikar tells Rahul Gandhi