Don’t use your visit to an ailing person to feed political opportunism: Parrikar tells Rahul Gandhi 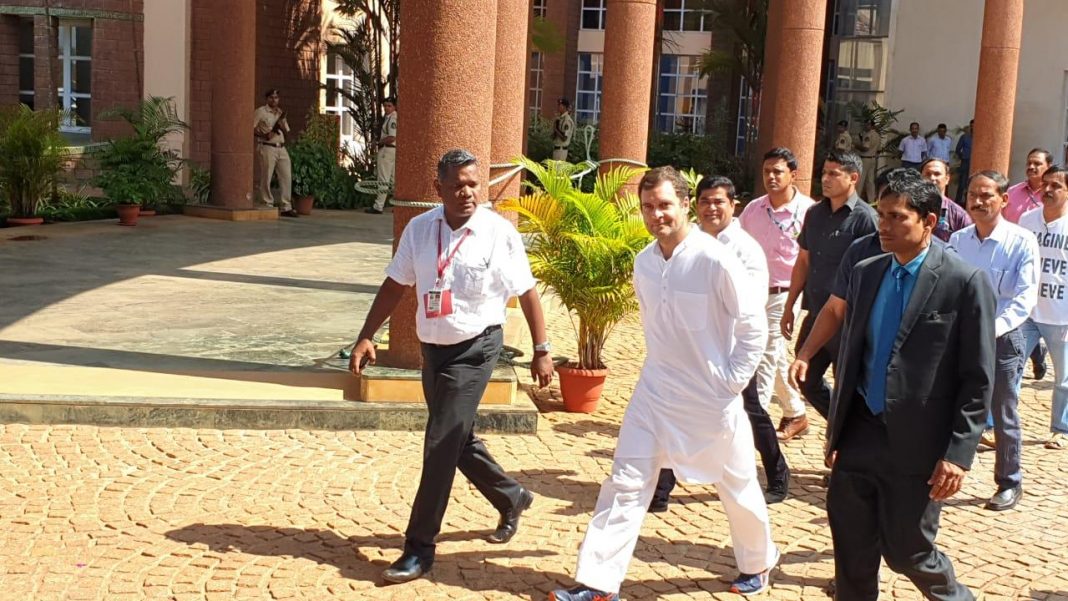 Porvorim: A day after Congress President Rahul Gandhi quoting his visit to Goa Chief Minister Manohar Parrikar claimed that the latter had said he had nothing to do with new Rafale deal, the former Union Defence minister has adviced the Congress leader not to use visit to an ailing person to feed political opportunism.

Parrikar in a letter written to Gandhi on Wednesday has ruled out any discussion on Rafale issue during their meeting at CM’s office at Goa Assembly.

The chief minister has told Gandhi “I feel let down that you have used this visit for your petty political gains.”

Gandhi addressing party workers at Kochi had said that “Parrikar has stated that he has nothing to do with the new deal that was orchestrated by Mr Narendra Modi to benefit Anil Ambani.”

Parrikar in his letter to Gandhi has said “without any prior information, you called on me and enquired me about my health condition.”

“We have a healthy political tradition in India to rise above bipartisan considerations and wish even opponents a quick recovery from any ailments. I received your visit in that spirit, fighting as I am, with good medical care, a severe ailment. I appreciate your kind gesture,” Parrikar has said.

“However, reading media reports covering your visit to office has caused me distress. It is reported in the media today that you have said quoting me that I was nowhere in the process of procuring  Rafale nor did I have any information then about it.”

Parrikar has said that he has felt let down the way, Gandhi used his visit for his petty political gains.

The former Union Defence Minister has said that the inter governmental agreement and the procurement of Rafale are as per Defence Procurement Procedure. “I have said that this before and wish to reiterate it again in today’s context too. The fighter aircraft are procured following all stated procedures keeping national security as top priority.”

Parrikar has said that paying courtesy visit and then stooping so low as to make a false statement for petty political gain has raised, in my mind, questions about the sincerity and purpose of your visit itself.

Here am I fighting a life threatening illness. Due to my training and ideological strength, I wish to serve Goa and its people against any/all odds.

“I thought your visit would give me your good wishes and in that cause of serving our people. Little die I know that you had other intentions.”

With a deep disappointment. I write to you hoping that you would put out the truth. Kindly, do not use your visit to an ailing person to feed political opportunism.

Previous articleI am high on Josh and fully in Hosh: Parrikar
Next articleHappy that agriculture is focus area of Budget: Vijai Sardesai