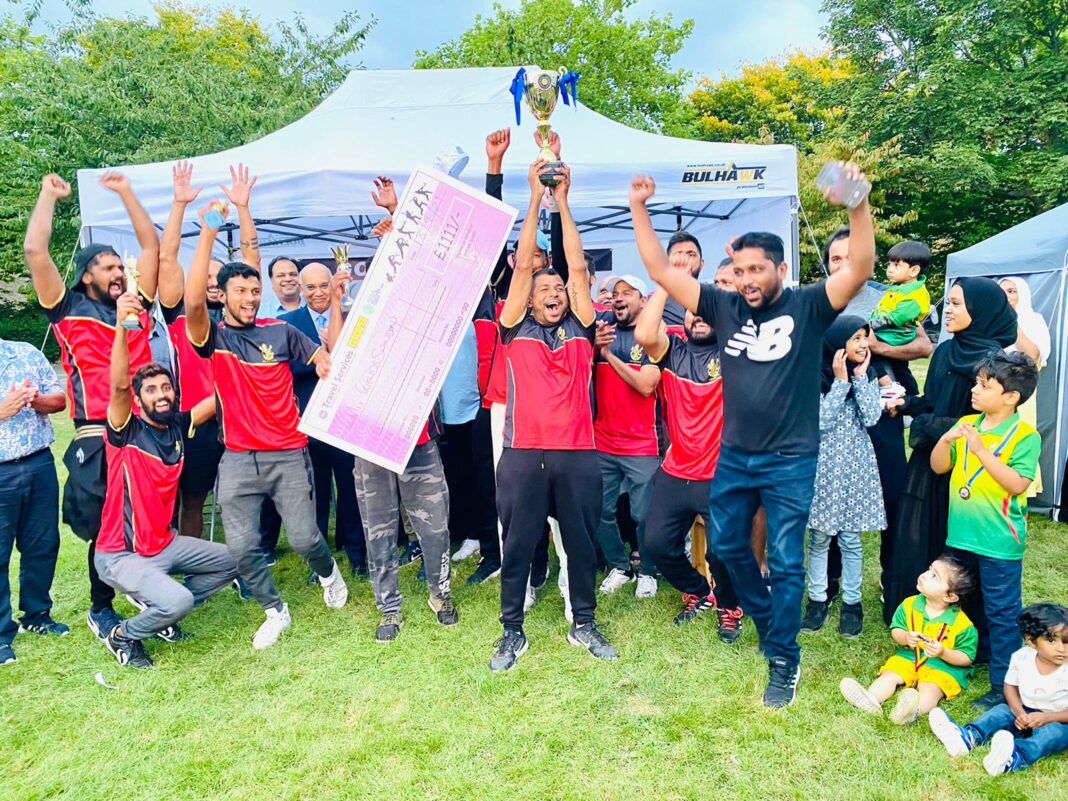 The Cricket tournament organised by GSC was a huge success for Goan communities living in the UK as it was an initiative by the Goans for the Goans in the UK.
Keith Vaz, Former Member of parliament UK and A Goan of Portuguese origin. Imtiyaz Shaikh, Labour Councillor for Eastcott ward and Parish Councillor on South Swindon Parish Council. Adorabelle Shaikh, Labour Councillor for Swindon Central. Luis Fonseca, Labour Councillor for North Evington Leicester. Were invited as chief guests.
According to a member of GSC, 8 teams participated from all across the UK.
” Mix friends Swindon won the tournament and won a cash prize £1111 sponsored by Imran Shah, Goan originated businessman along with the trophy sponsored by Keith Vaz in the loving memory of his father Late Anthony Xavier Vaz.
The runners-up team was Summer cricketers Swindon who won a cash prize of £666 sponsored by Zibran Shaikh owner of Paul’s fish and chips, a Goan family-run business.
The third place was won by Wembley boys who won a cash prize of £222 sponsored by Abdul Rauf Shaikh . The Co-sponsors of the tournament were Travel service Leicester, Paul fish & chips, Firefox trading ltd and Travel-o-mile
Escape. ” said the member
” GSC aims to encourage people from all ages and communities to do physical activity by engaging in sports and events. At their heart, the clubs seek to instill the confidence and competence to begin a positive, sustained interest in physical activity and sports. Along with giving a platform to creativity the club also wants to develop people’s personal and social
skills ” said the member