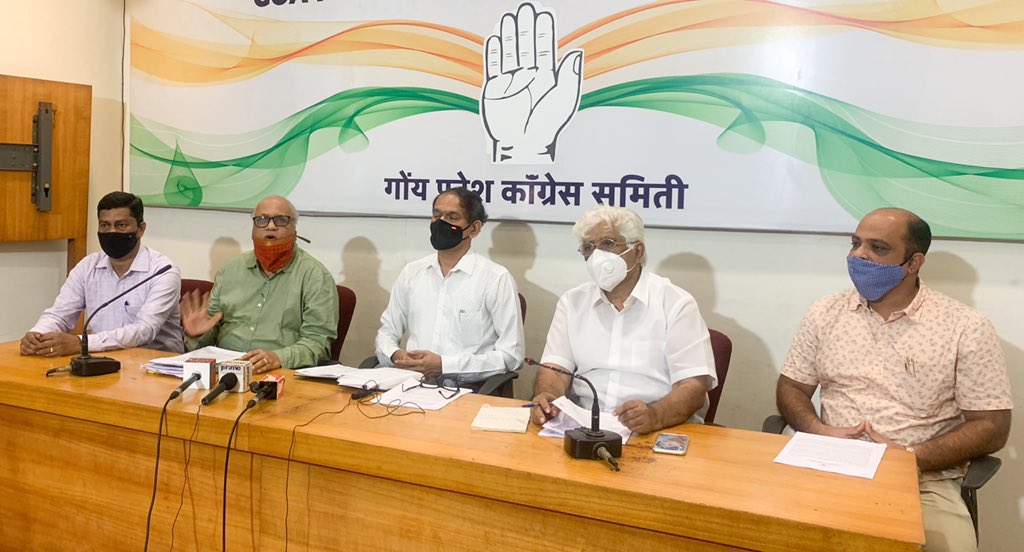 Panaji: With massive protests against the Farm Bill passed in the Rajya Sabha earlier this week, Leader of Opposition Digambar Kamat on Thursday came out in support of the farmers and criticised the government stating that the farm bills were passed ‘undemocratically’.
Calling out at the government over farm bills, Kamat said, “Farm Bills passed undemocratically by the BJP government in Rajya Sabha will completely destroy farmers. Removal of onions, potatoes, cereals  pulses, Oil Seeds from essential commodities list will now lead to sky-rocketing prices and hoardings by rich and mighty.”
“The act of BJP government reminds me of East India Company which entered India and eventually captured the entire traditional Indian markets. I appeal to all the citizens and farmers to support the efforts of Congress party to protect the interest of the farmers,” Kamat said.
Speaking on the occasion, GPCC president Girish Chodankar said that the Congress party has always worked for betterment of farmers. “The Goa Pradesh Congress committee will launch statewide agitations to demand justice for farmers community,” Chodankar added.