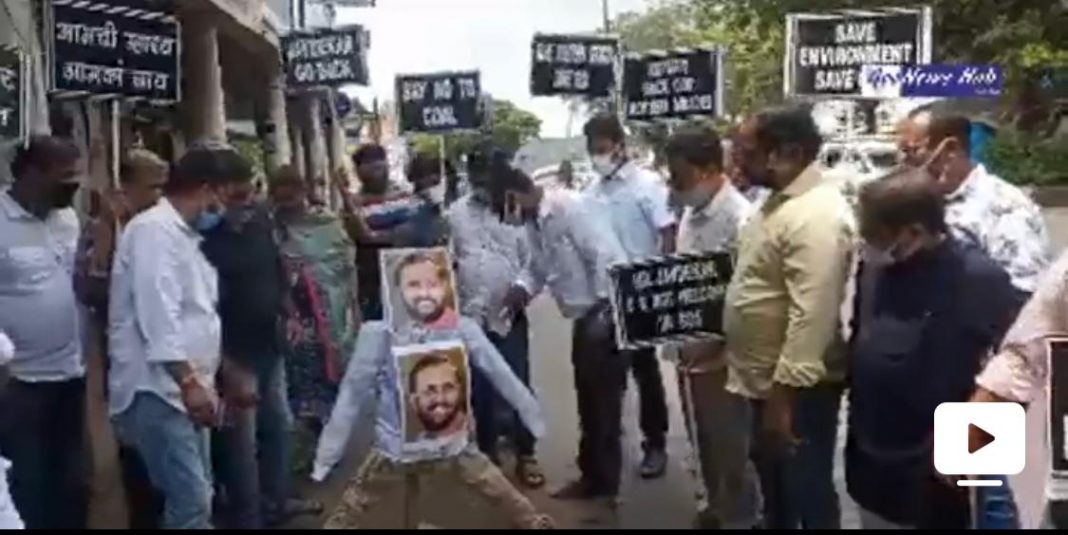 Panaji:  GPCC enraged by the arrest of Congress leaders, burnt the effigy of Union Environment Minister Prakash Javadekar and demanded their release.

Speaking during the event, GPCC Spokesman Amarnath Panjikar said that the environment minister has hugely disrespected the environment of the state on various issues including Mollem, Mahadayi or IIT at Melavali.

“If you have come for destruction of Goa we will burn your effigy again and again. Mahadayi is our mother. Goekar might be less in number but they have an indomitable will and will keep fighting” We had gone to meet him because he is the environmental minister. Being a minister he should have been available to the public, but he has refused to meet us.

Government has turned a blind eye towards Goa said Vijay Bhike. “We will follow Gandhijis principles of non violence and demand for justice but he shouldn’t test the patience of Goans. Javadekar should refrain from having a meeting only with his few friends. He should come out and listen to the general public because they have lost faith in the CM of Goa.

Ahead of Javadekar’s meeting Congress leaders had demanded that they meet the Environment minister last mid-night to address some critical Goan environment issues. The leaders after being arrested refused to apply for bail and insisted on meeting Javadekar. Today the Congress leaders await for being released from the Police Station.

Previous articleJavadekar is not in Goa for holiday like Sonia Gandhi, Rahul: BJP
Next articleNew batches starting soon, Who Want to be a DJ?