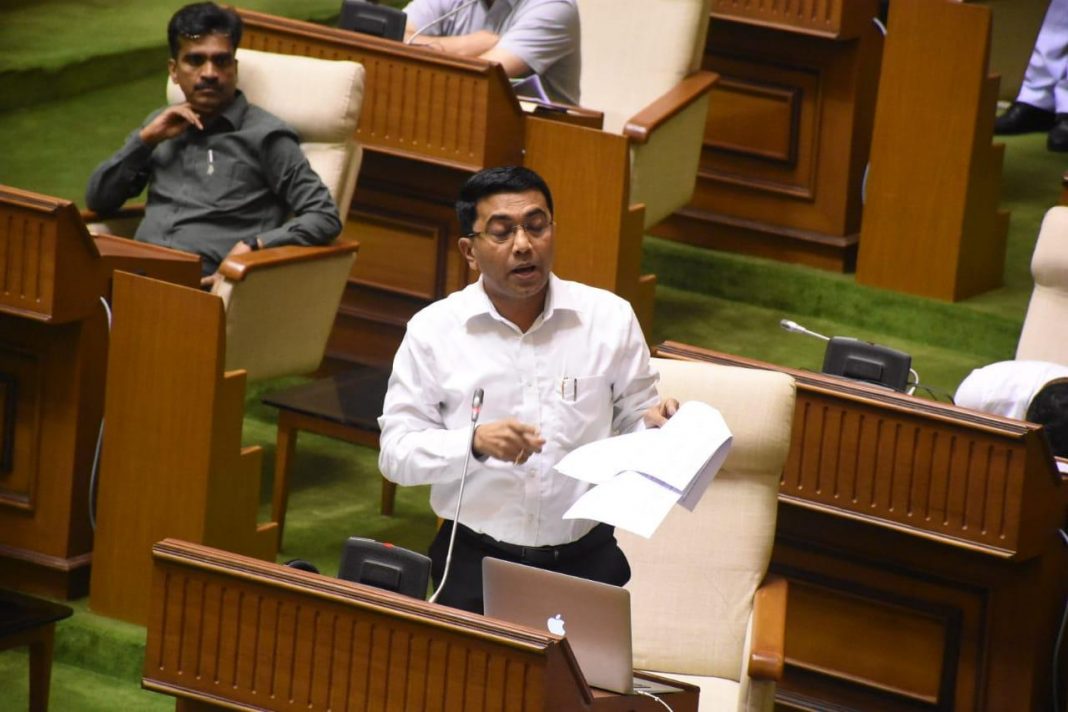 Porvorim: While claiming that state government is exploring every possibility to resume mining industry in the state, Goa Chief Minister Pramod Sawant on Tuesday said that government will issue notices to different mining firms to recover the dues from them.
Sawant told the House that the panel of auditors appointed by the state government has identified 42 different companies, which has evaded tax to the state coffers, who would be issued notices within a month.
The Chief minister was responding to different questions tabled by MLAs including Congress legislators Aleixo Reginaldo Lourenco, Luizinho Faleiro and BJP MLAs Clafacio Dias, Nilkant Halarnkar and others during ongoing session on Tuesday.
Listing out various measures taken to ensure resumption of mining, Sawant said that government is exploring every possible option to ensure the activity restarts.
“I have seen how people are suffering due to closure of the mining activity. I don’t want to beat around the bush. My sincere attempt is to resume mining,” he told the House.
“There are different hurdles. We need to tackle them,” he said.
Sawant also assured the House that notices would be issued to the mining firms to recover the dues pending with them amounting to Rs 1,200 crore.
“The panel of auditors have completed their report. We will issue notices to 42 companies who have found to have evaded the tax to recover the money from them. The notices would be issued within a month,” he said.
Congress MLA Aleixo Reginaldo Lourenco pointed out that the state government has recovered only Rs 3.99 crore from the defaulters.
Responding to yet another question by Lourenco on the people involved in illegal mining activities, Sawant said that he cannot reveal the names as “inquiry is in progress.”
“I cannot reveal the name till inquiry is completed,” he said adding that “nine cases are under investigation, of which one case was charge-sheeted and acquitted by the court.”
“We have filed revision petition in High Court in connection with the acquitted case,” he said.
The chief minister also said that the investigation in all the cases related to mining would be completed as soon as possible after fast-tracking them.