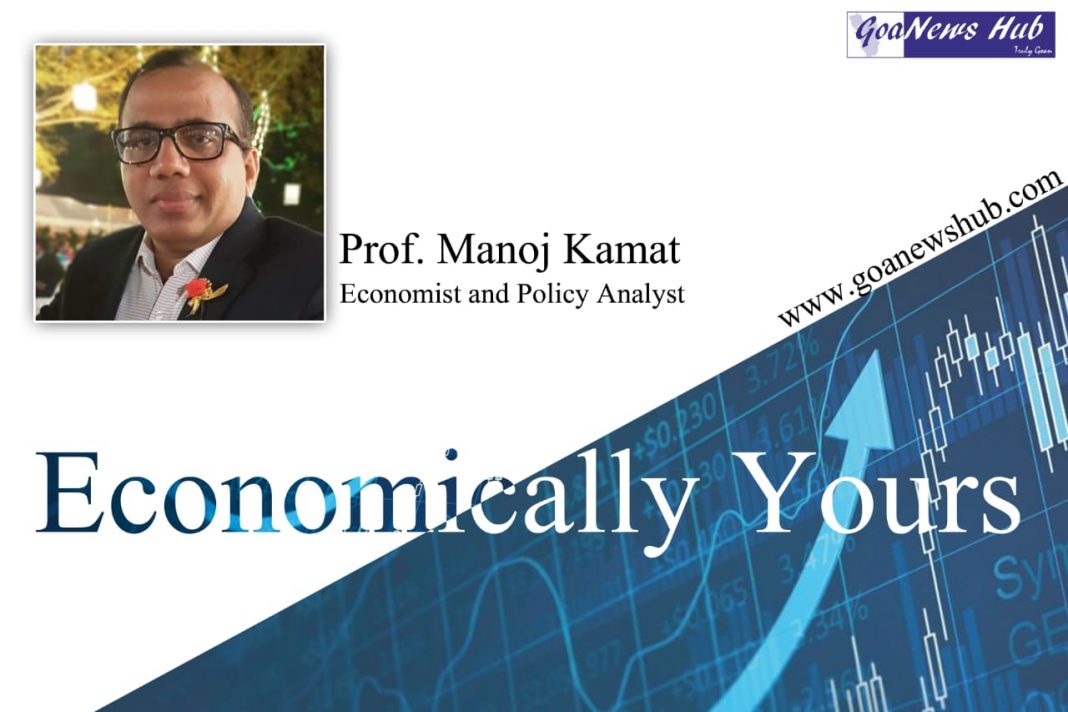 Our Goa just hit a 5-month high of 13.3 percent of unemployment rate in April 2020 as per the Centre for Monitoring Indian Economy (CMIE). This news adds to the current pessimism with new set of problems created by the financial crunch and the challenge of economic revival, Goa is currently facing in this current times.

Though it is nice to heartening to know that the Goa Government is seriously deliberating on the issue of economic revival of our State post-lockdown, if one believes in the maxim that ‘well begun is half done’, the start has not been too well. The unfortunate confusions and the change in minds on couple of occasions as to ‘who’ should figure in the ‘Goa State Economic Revival Committee’ as to ‘who should lead it’ could least been avoided.

We Goans are a typical intellectual breed. Even a commoner in Goa understands the typical interventions Goa State needs for its revival. Restart mining, support tourism, invest in list mile infra-connectivity, revive agriculture and enhance industrialisation are typical stereotype suggestions to our problems. Not only in these typically are difficult times, but even otherwise, Goa’s problems perennial and the known solutions universal. We hear more talk about them, and least about its implementation. The challenge is ‘how to do it’, and ‘where to start from’. Now since the economic revival committee is finally formed it is expected from these ‘Experts’ to touch on ‘how of it’ rather than giving us the commonly understood prescriptions.

Goa has structural problems related unemployment over the years. It’s only that with shrinking agriculture, depleting mining business, with no sizeable industrial growth and the threat of stagnating tourism the problem has worsen. If the high frequency indicators are used as a proxy for evaluating the health of the labour market in Goa, our State is in a relatively bad state. The latest CMIE survey actually points the same.

The worst problem is that over a longer time period, our unemployment has moved from 2.1 period in Nov 2018 to its current rate. Through its monthly unemployment survey CMIE alarms us that  current unemployment is much worse compared to other relatively smaller and high-in efficiency competitor States like that of Punjab, Chhattisgarh, and Telangana at 2.9 percent, 3.4 percent, and 6.2 percent respectively. With tourism sector likely to be subdued through the year, this will lead to further increase in unemployment. The readers may be reminded that the press communication released from Goa CMO in December 2019 had self-admitted that the unemployment rate in Goa for past years has averaged close to the national average of around 7 percent using the CMIE data itself. This leaves our Government has no reason to discredit the current data and will have to admit that the current unemployment has just doubled now, then in the near past.

The wrong to believe that creation of more government jobs will solve this unemployment problem in Goa. We already top the list of States with highest number of government employees on rolls. Roughly one in 25 employee works for government and the salary bill takes away over 60 percent of our budgeted expenditures.

The worst unemployment figures for Goa are yet to come. Tourism and Manugacturing in the State have been severely hit and economic activity has come to a standstill. Many of the small business enterprises will never be started. Some MSME’s will have to resort to lay-offs, if they are asked to pay salaries during last two months of lockdown. Scenes of 70,000 odd migrants fleeing Goa only confirms the long-held concerns that economic activity will come to a grinding halt till they return.

No organised economic unit in the State will afford to pay their staff salaries when their revenues are virually zero in last one month, as Banks continue to charge interest, and their rentals and dues still payable. With the mining sector drying up abruptly, our agriculture sector could have been the natural focus point. Sadly this never happened.

The farmers and the plantation owners are still languishing awaiting government help. Goa State government yet to release the promised respectable support price to cashew, areca nut, coconut, alsande, sola, chillies, and black-pepper crop, the local produce of the season. Since the pandemic has also affected our local feasts, Zatras, these celebrations that help the local rural economy thrive have been severely impacted.  There is no source of revenues to local governance bodies, to temples/churches, the moving stall owners at Zatras / Feasts, the temple service providers, and till date no one is reached out to. This will thrown our more rural brethren unemployed, cash locked and below the poverty lines.

The state of the workers employed in the media and entertainment industry in Goa, including the Journalists and photo journalists from the print and electronic media have been asked to take deep wage cuts up to 30 percent of the salaries for ensuing months. Some of them will not be paid for the lost months as the ‘pink lists’ of the people to be laid off are being populated already.

The motorcycle pilots, cab operators, rikshaw owners, rent a Bike service operators, small hotels / tea stalls/ small taverns, small garages and wash stations, saloons and beauty parlours, repair shops have not earned a single paise, and are feared to be bankrupted. The tempo operators, bus operators, small road-side eateries, and the lease holders of shops at KTC Bus stands, at municipal markets and Railway Stations found it most difficult to service their EMI’s and pay their leases respectively. Unless these economic units get some financial support towards working capital they will not be able to resume operations fearing further loss of employment.

The Goa government now owes a responsibility to immediately handhold at least the organised, and the non-organised informal, non-corporate sector of our economy that contributes more than fifty percent to Goa’s SGDP, accounting for over one-third of our total workforce. Government is now expected to come up with an immediate and concrete package or else the unemployment rate in next couple of months will hit the new record height.

Previous articleGoa University explores possibility of taking its classes from real to virtual
Next article 95 per cent of industries have begun in the state: CM