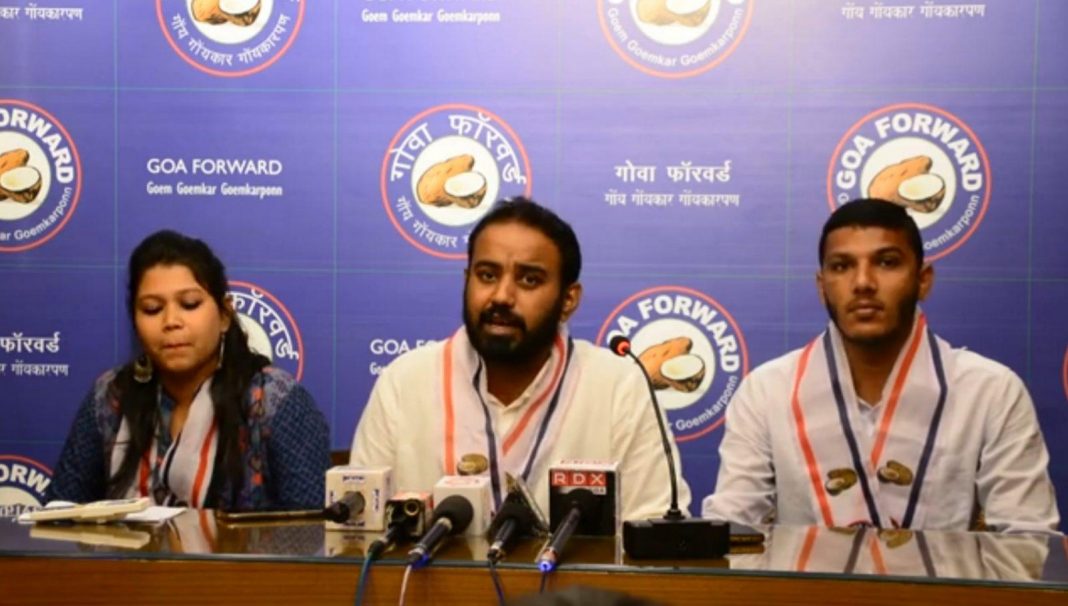 Panaji: After wining battle against Goa University on domicile clause, Goa Youth Forward, a youth wing of Goa Forward Party, has formed a special committee to monitor any instance of omitting domicile clause of any other kind of injustice in recruitments to Goans.

Goa Youth Forward President Raj Malik, addressing a press conference, in prsence of Vice President Pooja Naik and General Secretary Prajay Vaigankar, said that it is an important day as Goa University has withdrawn an advertisement which was detrimental to Goenkars.

He also thanked Registrar of Goa University for listening to the voices of youth.

Mallik said that Goa Youth Forward has formed a special committee led by Prajay Vaigankar which will monitor all the advertisements to ensure that domicile clause is maintained.

He said that Goa Youth Forward will also agitate in all the cases where domicile clause is relaxed.

Previous articleECI relaxes code to take up pre-monsoon works in Goa
Next articleSummer worries: Goa has enough water for more than a month in its reservoirs