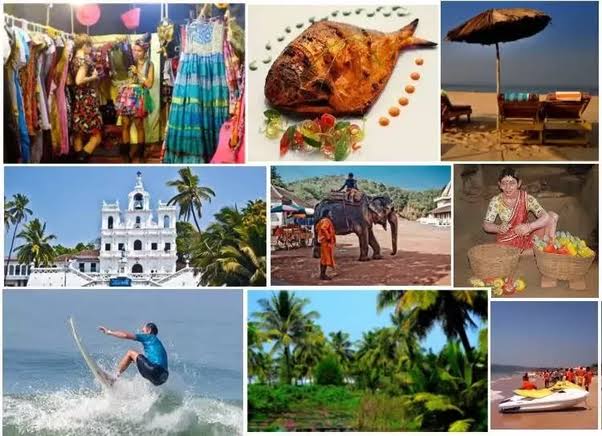 Panaji: With the international arrivals showing downward trend, Goa tourism stakeholders are looking at China to salvage the sagging fortunes of the industry.

A six-member private delegation from China is scheduled to arrive later this week to prepare content and guide Goa tourism department and stakeholders how to promote the coastal state in Chinese markets.

Travel and Tourism Association of Goa, an umbrella organization of tourism stakeholders in the state, has taken the lead to venture into Chinese market, which is a virgin territory for state’s tourism industry.

TTAG President Savio Messias said that there is a downfall in international tourist arrivals in Goa by almost 30-40 per cent.

“There are several factors responsible for this phenomenon, and one of it is shutting down of Thomas Cook, UK, which was flying charters in Goa,” he said.

Messias said that China has a lot of potential for Goa markets. “Chinese usually go around in huge groups and when they come to India, their visit is restricted to places like Agra in North India or Kerala in South,” he said.

The TTAG Chief who had participated in a Travel Mart at Chengdu city of China said that many of the Chinese are unaware about Goa.

Goa government along with its stakeholders have now decided to do promotional activities in China markets.

“Promotions in China are different from rest of the world. You don’t have Facebook there, they don’t use google or whatsapp. We will have to design websites in Chinese language to reach to them,” he said.

Goa attracts around four lakh international visitors every year, whose number has gone down in last two years. Russia and Britain are two traditional markets for Goa from where special chartered flights fly bringing in the travellers.