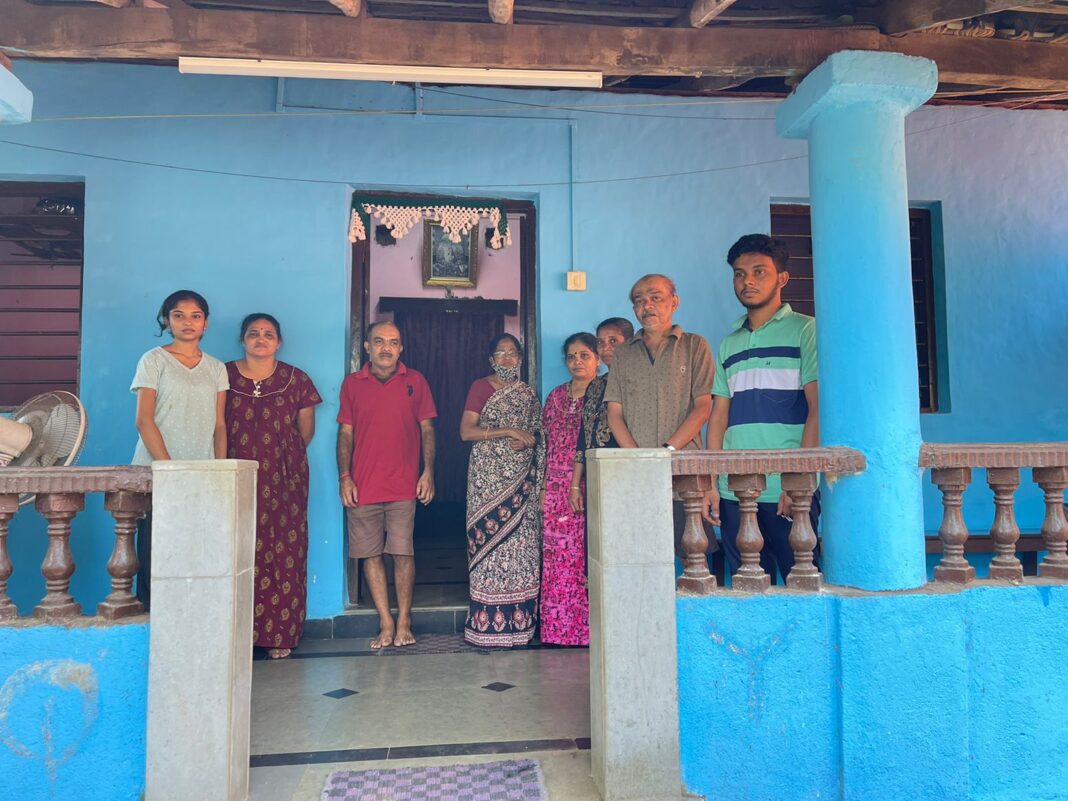 Mangueshi : Prasanna Mangeshkar, whose family is related to that of Lata Mangeshkar, was overwhelmed with grief when he read on social media the news of the legendary singer’s death on Sunday morning, and rushed back home abandoning his daily chores at the Mangueshi Temple in Goa to mourn her demise.

Lata Mangeshkar along with her sister and noted singer Asha Bhosle, whose family has routes in the Mangueshi village of North Goa district, had come to the temple in 1982 and offered prayers, Prasanna Mangeshkar recalled.

“She did not come home, but prayed to the deity at home from outside before going back,” he said.

On Sunday, Prasanna was at the temple when he got the news of the 92-year-old melody queen’s death.

“I had to rush back, as for the next 12 days we can’t perform any rituals. Being the extended family members of Lata Mangeshkar, we are mourning for that period. I can’t enter the temple,” said Prasanna, who and his brother Vivek along with other family members live in a house near the temple.

None of the present family members are witness to the era when Lata Mangeshkar’s father Pandit Deenanath Mangeshkar lived here.

“It was years ago and those who remembered that time are no more,” Prasanna said, adding that his grandmother Saras Mangeshkar was the first cousin of Deenanath Mangeshkar.

Their family lived in a house next to the Mangueshi Temple, but later in 1973, the home was demolished to make way for a marriage hall, he said.

Prasanna and his other family members subsequently shifted to another place, adjacent to the old one. Deenanath Mangeshkar had stopped living in Mangueshi long before that, he said.

Vivek recalled that Hridaynath Mangeshkar, the brother of the late singer, had come to see his father Gurudas Mangeshkar in 1993, when the latter was on his death bed.

The Mangeshkar families in Goa and Mumbai gather at Sateri Temple, next to the Mangueshi Temple, to celebrate the Basant Panchami festival, which was celebrated on Saturday this year.

“Just yesterday, the Mangeshkar family had gathered for the festival. And this morning, we heard this sad news,” said another family member Chanda Mangeshkar.