Goa BJP leadership issue to be discussed in Delhi tomorrow 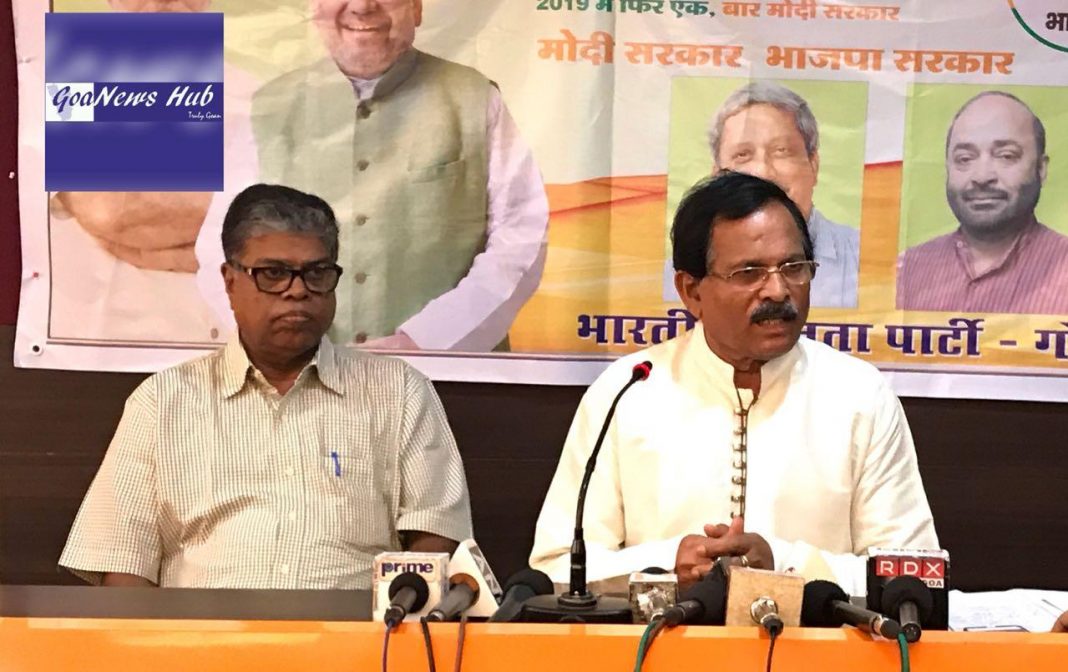 Panaji: With Chief Minister Manohar Parrikar being taken to the USA for re-admission in the hospital at America, the talks of leadership change has begun in the State. A delegation of Core BJP members will be meeting party president Amit Shah in Delhi to discuss the issue.

Union AYUSH Minister Shripad Naik talking to reporters in Panaji confirmed the visit and also reluctantly admitted that Parrikar should hang his shoes from political career as “health is a priority.”

During a press conference today, when asked whether he thinks that Parrikar should step down as a CM considering his health conditions, Naik said “Ya.Ya.Ya… He should be fit and health is our priority.”

In the same breathe, the union minister said that it is the decision of Parrikar whether to continue in the chair or not. “That is his decision and let him take it,” Naik said.

The minister said that the core team of BJP led by Tendulkar will also be meeting Parrikar in Mumbai before heading to Delhi for tomorrow’s meeting.

Naik said chief minister has been referred to America due to minor complications of his health. “He would be there for eight days.”

“We (BJP core team) will be meeting our leadership in Delhi tomorrow about the arrangement of alternative leadership in his absence,” he said.

When pointed out that sizeable number of cabinet is unwell, Naik said that there should be alternate arrangement in their absence and party will take a call on it as soon as possible. “The party will decide what to do when we don’t have ministers and how to make the administration better,” he said.

“During Delhi meeting, we will be informing the party leaders  about the current situation in the state. We will discuss and then call would be taken,” he said.

Naik said that the alliance partners would be taken into confidence once party comes with the decision on leadership.

Previous articleGoa: Konkani flick `Questao De Confusao’ to be released on September 28
Next articleParrikar has issues with his digestive system: Lilavati Hospital