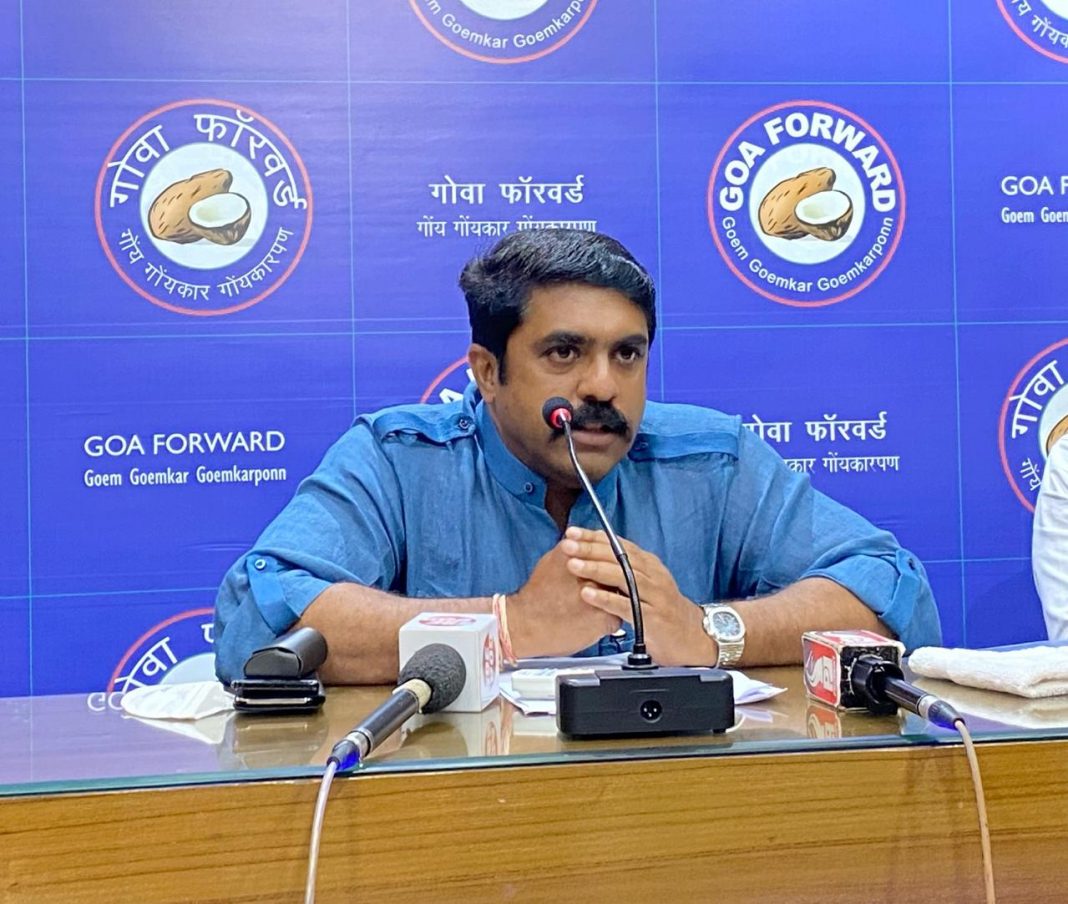 Addressing a press conference,  GFP Chief Vijai Sardesai said that the time has come to fight back to claim our honour and dignity, the way Goans did while asking for the Statehood.

May 30 is commemorated as Statehood Day as 33 years back Goa was declared as a ‘State’ from its earlier position of Union Territory.

“33 years back,  we had fought to claim the honour of Goa and dignity of Goenkars (Goans) by upgrading our status from Union Territory to State,” Sardesai said.

He said that  last 33 years have been eventful. “But off late we have realized that Goanness is steadily fading. This feeling has never been more stronger than last two months,” Sardesai said.

He said that the state government’s irresponsible , insensitive and anti goan policies is one of the main reason for the fading away of Goanness.

“When we wish all the goans on statehood day, we should also appeal the people to start a new fight to reclaim the honour of Goa and dignity of Goans,” he said.

Sardesai said that his party has launched online campaign #CrimetobeGoaninGoa against the state government.

He  said that  to preserve, protect and promote Goenkarponn, we need to have affirmative action. “Goans are feeling endangered in their own land,” he said.

The GFP leader said that the local Goans have been meted out with the injustice.