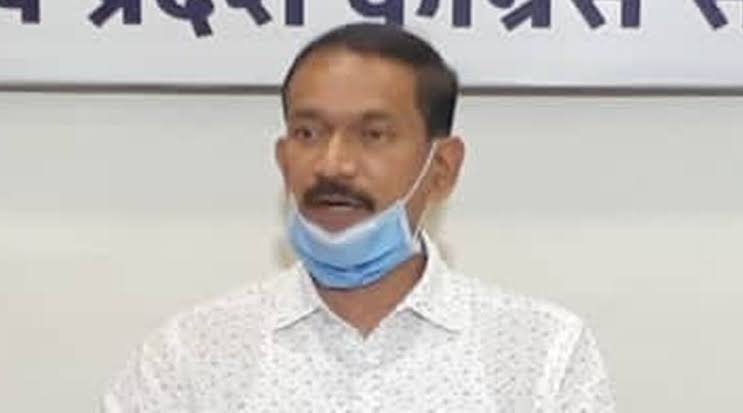 Panjim: BJP Government is once again endangering the lives of the innocent goans by allowing entry to outsiders in Goa by just conducting a rapid antigen test for Covid-19 on the borders. It is a well known fact that the new variant named Delta Plus has already reached in neighbouring Konkan region, Karnataka & Kerala. This variant can only be detected with speedy genome sequencing test. The irresponsible BJP Government under Chief Minister Dr. Pramod Sawant must immediately take steps to start Genome Testing Facility in Goa demanded Congress President Girish Chodankar.
The whole world has seen how the BJP Government murdered innocent Covid patients due to shortage of Oxygen during the second wave of Covid. The insensitive and corrupt BJP Government remained busy settling share of commissions which resulted in deaths of more than 3000 people stated Girish Chodankar.
It is shocking that despite facing disastrous second wave, the insensitive BJP Governments Chief Minister and Health Minister have still not learnt a lesson. The mismanagement of Covid Pandemic is still continuing as Government appears clueless on facing the third wave, especially the new Covid Variants like Delta Plus.

Chief Minister Dr. Pramod Sawant is busy making fake annoucements and Health Minister Vishwajit Rane has gone missing in last few days charged Girish Chodankar.
Director-General of the World Health Organisation (WHO) Dr Tedros Adhanom Ghebreyesus has cautioned that the world is in a very dangerous period of the Covid-19 pandemic after the contagious Delta variants are found in nearly 100 countries Girish Chodankar pointed.
In our neighboring States, the new variants have already reached. The spread of this variant can be controlled with early detection & containment and hence we should have our own laboratory for genome sequencing testing. The Chief Minister Dr. Pramod Sawant should now at least come to his senses and work towards saving the lives of people Chodankar said.
At present samples from Goa are sent to Pune, which is taking a longer duration to get the result. This is adding to the burden on doctors, medical staff and also results in deterioration of the patients health which may turn fatal.
We have learnt from medical experts that genome sequencing in suspected cases should be done immediately. It is observed that the Chief Minister Dr Pramod Sawant is boasting over the preparedness of the third wave, but nothing concrete is seen on the ground. It is high time that a full fledged laboratory is setup to test all variants of Covid Girish Chodankar said.

If the BJP Government had accepted the advice of the Indian Council of Medical Research (ICMR), to establish a laboratory at GMC a year back, many lives would have been saved. Unfortunately, an ICMRC official who had visited Goa to guide GMC on this laboratory was humiliated & sent back by the fraud team of Health Minister.

We have information from reliable medical experts from GMC as well as outside that the absence of the laboratory, resulted in failure of timely detection of new Covid variants leading to deaths of thousands of Goans. This laboratory would have saved atleast 1000 lives in last one year claimed Girish Chodankar.

We warn the Government to establish this laboratory within the next 15 days or face our agitation. If this government fails to set up a laboratory then it will prove once again that the BJP Government wants to continue with its new identity as “Murderers of Covid Patients said Girish Chodankar.