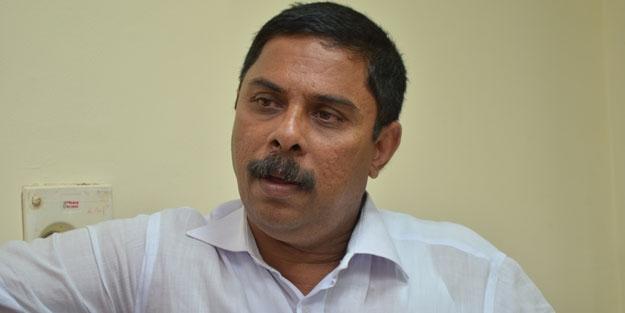 The criminal trial of Goa’s Former Tourism Minister Dilip Parulekar and two others in the infamous Serula Comunidade cheating and land grab case filed by Adv. Aires Rodrigues will resume before the Court of Mapusa Judicial Magistrate First Class Ms. Sarika Faldessai on Saturday 20th April at 10am.

Seeking that the case be transferred to any other Court for a speedy trial, Adv. Rodrigues in his petition to the North Goa Prinicipal District & Sessions Judge last month had pointed out that case pertains to a complaint filed by him in the year 2013 and that the Court that was earlier handling the trial had been vacant since December last year after the transfer of Mapusa JMFC Ms Shantashri Kudchadkar.

Stating that the case is against accused who flouted the law as public servants and that the law laid down by the Supreme Court requires that proceedings of crimes committed by public servants have to be expedited, Adv. Rodrigues in his petition also stated that some of the witnesses in the case are elderly and if things are delayed it would defeat the purpose of upholding the Rule of law.

Justice C.V.Bhadang of the Bombay High Court at Goa on June 22nd last year had directed Dilip Parulekar and the other two accused Peter Martins, then attorney of Comunidade of Serula and Irene Sequeira, then Administrator of Comunidade of Bardez  to face  trial for offences under sections 119, 120, 420 read with 120-B of the Indian Penal Code. If convicted Dilip Parulekar and the other two accused could face up to seven years of imprisonment and fine.

Adv. Rodrigues further stated that the Comunidade of Serula granted the 599 sq. mts to Dilip Parulekar for a mere Rs. 3,41,320/- though the value of the land was otherwise worth more than a crore and that Dilip Parulekar in connivance with Peter Martins and Irene Sequeira had grabbed  that Communidade land at a throw away price by illegal means.

Previous articleCentrally funded schemes to be attracted to protect our extinct culture, heritage: Shiv Sena
Next articleTwo arrested, two on the run after one threatened with dangerous weapons at Indiranagar, Chimbel