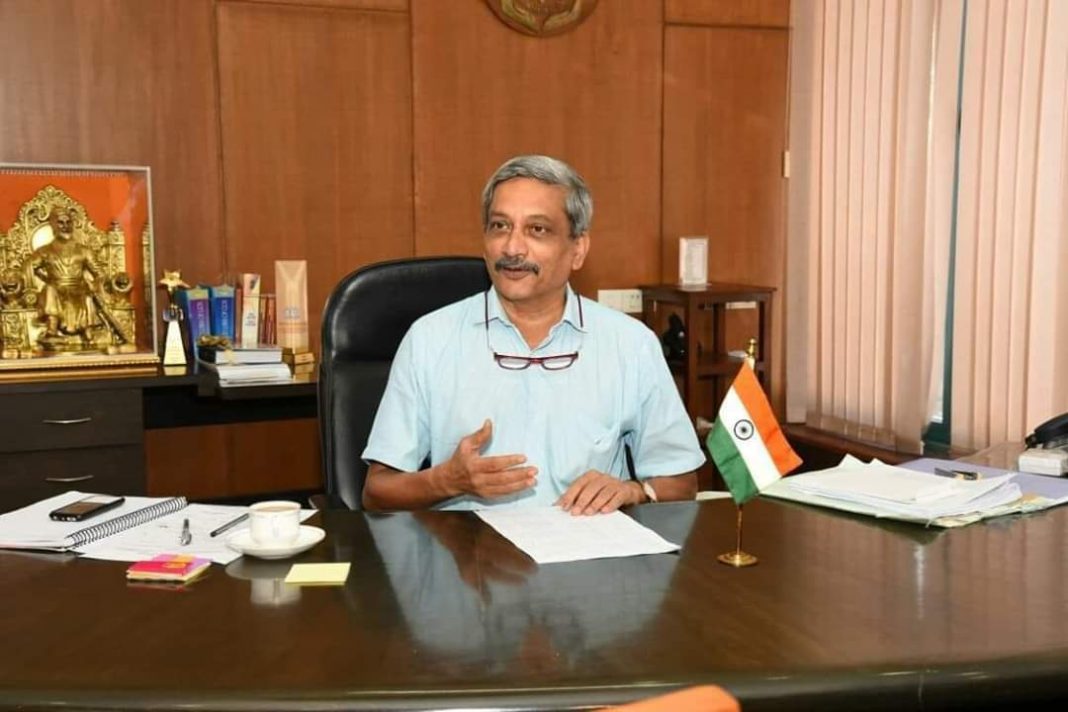 Dona Paula: The final rites on mortal remains of late Manohar Parrikar would be performed with full military honours, the Union Ministry of Home Affairs said.

Joint Secretary of Union ministry of Home Affairs S K Shahi in an order issued on Sunday has said that the Ministry of Defence is requested to make arrangements for State funeral with full military honours.

The mortal remains of Parrikar would be cremated at Miramar beach at 5 p.m. on Monday before which they would be on display at BJP’s Goa office in Panaji and also at Kala Academy premises in the capital city.

“It has been decided by Government that State funeral will be accorded to the departed dignitary,” Shahi has said in the circular.

Parrikar expired at his private residence on Sunday evening, and his body was kept there during the entire night.

“The mortal remains would be brought to BJP office in the morning where they will be kept for one hour before taking them to Kala Academy premises,” BJP Goa spokesman said.

The public will pay their final respect to Parrikar at Kala Academy from where they would be taken for cremation at Miramar beach, next to the memorial of first Goa Chief Minister Dayanand Bandodkar who was cremated there, the spokesman said.

The mortal remains of former Goa Chief Minister Manohar Parrikar were brought to the party office from his private residence here.

Parrikar, 63, had passed away on Sunday evening after his year long fight with pancreatic ailment.

Previous articleSudin Dhavalikar wants to be CM, BJP wants their own: Michael Lobo
Next articleMortal remains of Manohar Parrikar brought near BJP office