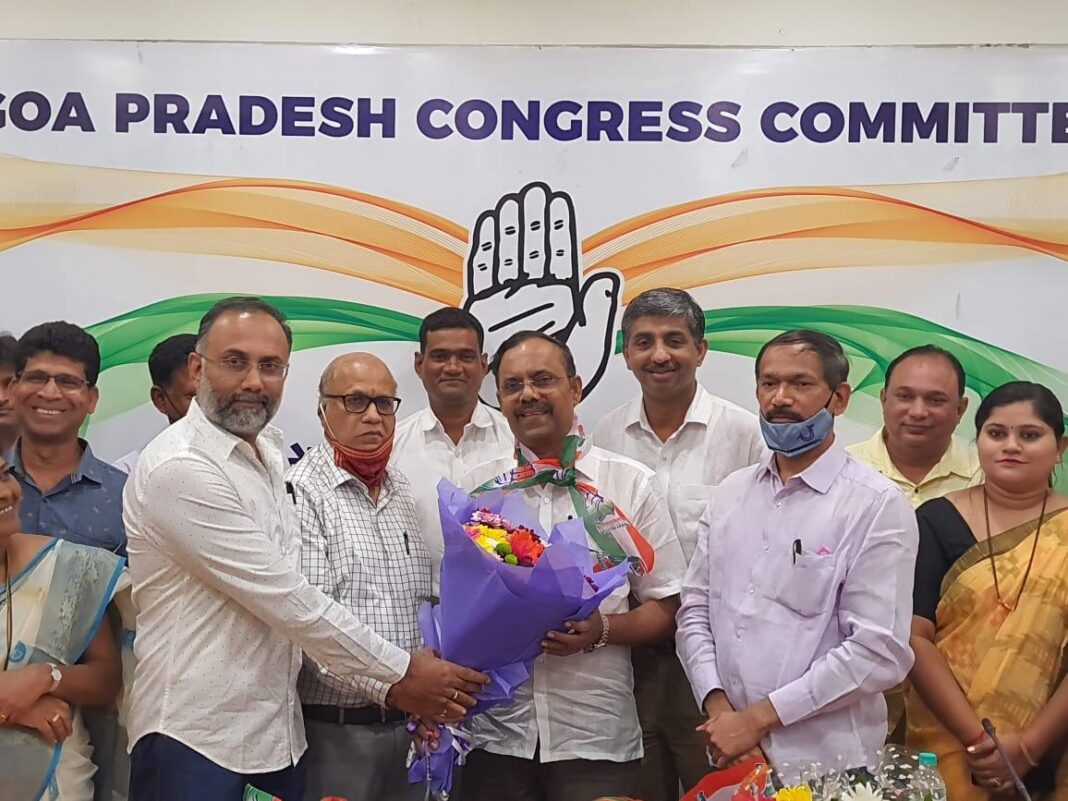 Panaji: Former BJP MLA Carlose Almeida on Wednesday joined Congress party in Panaji, a day after resigning from the party and the legislative Assembly.

Chodankar said that entry of Almeida in Congress has strengthened the party in Mormugao Taluka.

Almeida represented Vasco Assembly constituency before resigning from the House on Tuesday.

“Goan people will never bring the BJP back to power in Goa. The BJP-led State government’s governance has resulted in the worsened law and order situation,” he said.

Chodankar said that the wrong policies of the government are responsible for inflation, sex scandals, job scandals and others.

Kamat said that Almeida has taken a correct decision of joining Congress although he had all other parties approaching him to join.