Even if it takes 100 FIRs to protect Goa from Double tracking and Coal, We are ready: AAP tells CM Sawant 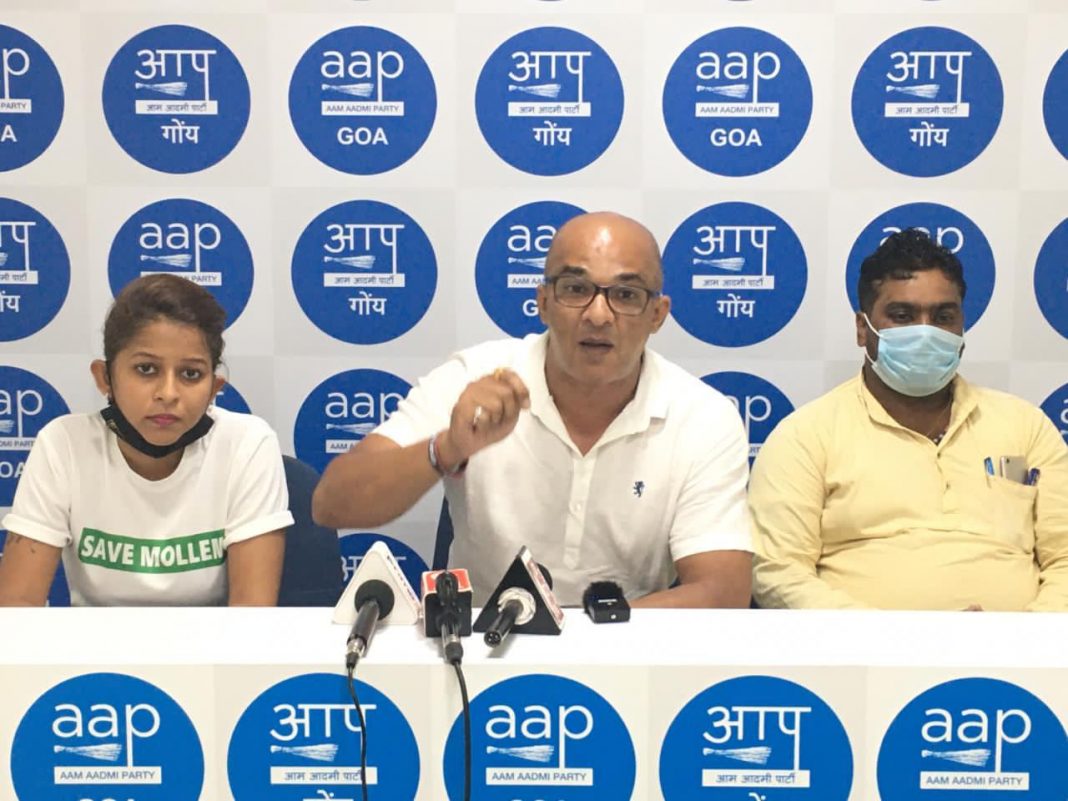 Aam Aadmi Party today lambasted the government for filing a First Information Report over the protest at Chandor on 1st November.

“We are ready to face even 100 FIRs to protect Goa from turning into a coal hub through the double tracking of railway line. Jail us, but we won’t bow down. ” said AAP spokesperson Sandesh Telekar.
He said the FIR lodged is nothing but an attempt to intimidate the protesters in a bid to twarth the proposed protest on 8th November 2020.
“The FIR is confirmation that the BJP government is frightened of the growing support to the movement opposing double tracking and coal in Goa,” he said.
Sandesh pointed out that no FIR was filed when a similar protest was held at Sao Jose de Areal earlier on 27th October night. “It is only seeing the massive crowd at Chandor that the government filed the FIR,” said Sandesh.

“The CMs dictatorial behaviour will back fire. Every attempt to scuffle Goan voices will only make them louder. ” Said sandesh

“We Goans love our land and wouldn’t mind sacrificing even our life to safeguard it. The CMs anti democratic behaviour is only a sign of extreme fear as he knows people of Goa have rejected him and his ‘throne’ is under threat.” Said sandesh

He argued that the government fears a bigger crowd at Davorlim on 8th November and hence has filed the FIR to scare people.

He said the government feels that people will not come to Davorlim fearing an FIR but said the chief minister is in for a surprise as more people will come to show their anger against the bullying tactics adopted by the government.

“Our stand that the BJP and Congress are two sides of the same coin is established as none of the Congress leaders including Digambar Kamat, MLAs, former ministers have been named in the FIR,” he said.
Sandesh opined that not naming Goa Forward Party leaders including the supremo Vijai Sardesai was understandable as they were part of the government when the project was sanctioned.
AAP challenged the government and more particularly the chief minister to use all their tricks to intimidate people who will resist and give a befitting reply at the next elections.