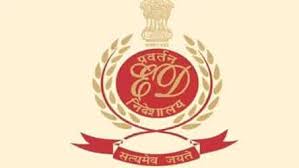 Porvorim: The Enforcement Directorate has finally cracked down on four accused in one of the most sensitive case involving Serula Communidade. In the early morning raids, the sleuths swooped on the residences of accused Agnel Lobo, Rajesh Verenkar and two others.

Sources in the ED confirmed that the raids continued for hours on the residents of all the four accused. The scam is also linked to Succoro Sarpanch Sandip Vazarkar, who is also under the scanner of the central agency.

Porvorim MLA Rohan Khaunte and Congress legislator Aleixo Reginaldo Lourenco had raised the issue on the floor of the House last year, demanding stern action in the matter. 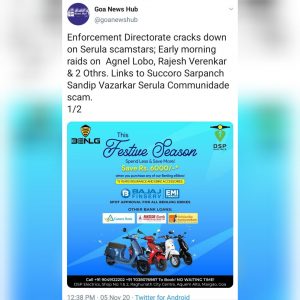 Khaunte has been vociferously exposing the issue about illegalities in Serula communidade on the floor of the House. The MLA had pointed out that the mutation of the land was done in the name of a dead man. 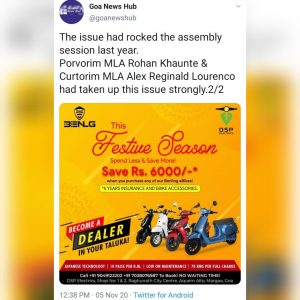 Nearly five months after the government assured to probe illegal transfer and mutation of comunidade land on the floor of the House, the police in January 2020 registered an offence against 13 persons for the illegality.

The Managing Committee of the Comunidade of Serula alleged that the accused persons including former Attorney A C Lobo hold possessory rights of over property bearing Survey Number 404/1 of an area of 7975 sq mtrs at Socorro.

“All accused persons with their common intention impersonated Arjun Mahadev Vazarkar who actually died in May 2005, by forging his signature on the application dated October 25, 2017 for mutation of the property. Lobo issued NOC illegally without out verifying and accordingly showed forged documents as genuine. They also succeeded in deleting the name of Vazarkar and added their names in the Revenue records, thereby cheating the authorities,” the complaint copy states, based on which the police registered First Information Report on December 26, 2019.

The complainant also sought for taking back the possession of the property and restoring it to the Managing Committee as rightful owner. Then Revenue Minister Rohan Khaunte ahd exposed the alleged scam on the floor of the House after which Chief Minister Pramod Sawant had assured a probe.