Debris of naval Aircraft that crashed in Arabian Sea traced, search on for second pilot 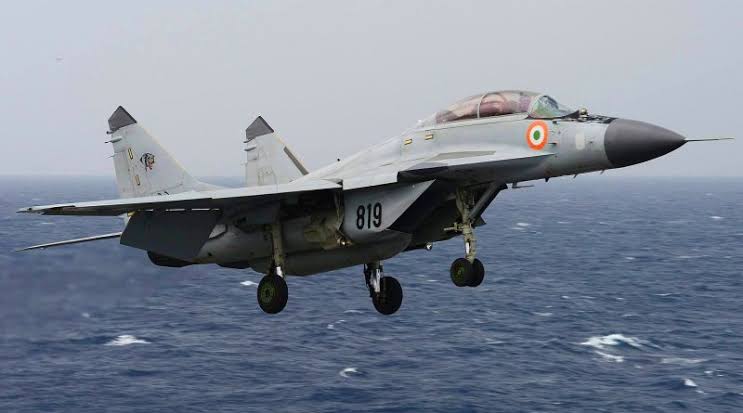 Panaji: Indian Navy rescue teams have recovered some debris of the MiG-29k aircraft that went missing three days back in Arabian Sea off Goa coast.

The Indian Navy spokesman said that while some debris has been recovered, the search is still on to locate second pilot, who has gone missing after the aircraft went missing.

“Indian Navy’s Search and Rescue effort to locate the second pilot of the MiG-29k trainer aircraft which ditched off Goa on November 26 continues with extensive deployment of naval ships and aircraft,” the spokesman said.

“Some debris of the aircraft including landing gear, turbo charger, fuel tank engine and wing engine cowling have been located,” he said.

He said that in addition to nine warships and 14 aircrafts engaged in the search efforts, Indian Navy’s Fast Interceptor Crafts are also deployed to search waters along the coast.

“Further the Marine/Coastal Police are on the lookout and nearby fishing villages have been sensitized,” the spokesman added.