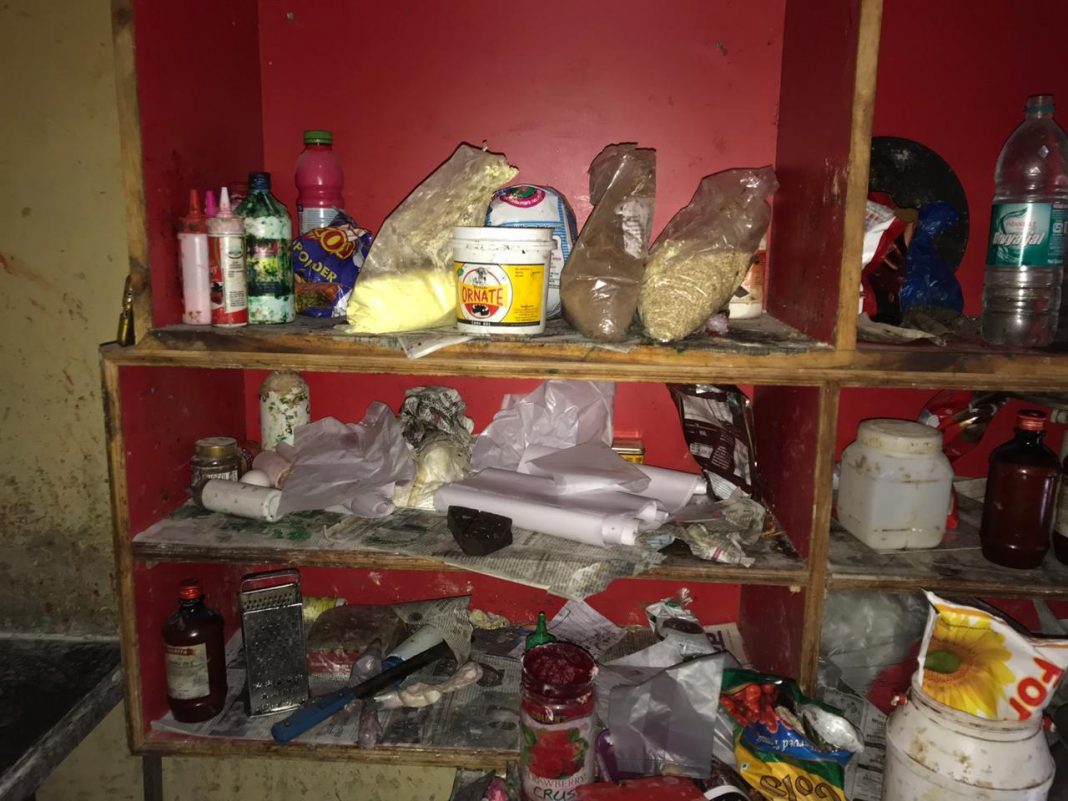 Curchorem:  Two youths from Curchorem – Chirag Rane and Pralhad Desai – has exposed the functioning of Food and Drugs Administration department which has failed to take action against the most unhygienic bakery in the town.

Both the youth from Curchorem have exposed the shabby affairs of Bangalore Iyengar Bakery. They went inside the bakery to check whether the food items are prepared in proper condition but they were shocked.

They have posted the horrifying pictures and videos on their Facebook account. What is saddening is that both the youths had tried to contact Food and Drugs Administration for their action but their attempts went futile.

Narrating the incident, they have said that the bakery is manufacturing  patties, cakes and all eatables in dirtiest possible environment.

“Our youth saw them filling water in bucket from the toilet tap and used for making food stuffs.. Using non approved adulterants as colors and for other stuff,” the post reads.

They claim that when they exposed this misdeed, the owner tried to settle them with cash. “But our youth Chiraj Rane and Pralhad Dessai had Goekarponn in them and tried to complain to FDA but no one was picking up the calls.”

They have demanded that municipality should cancel the license of this bakery and should take further necessary measures.

We expect action from FDA at least now.

Previous articleRemo Fernandes’s acquittal to be challenged in HC
Next articlePower failures in state show ‘powerful’ are now ‘powerless’: AAP