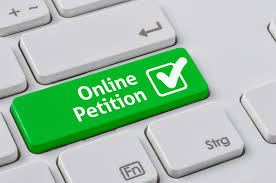 Panaji: A bizarre online petition which is already signed by 4,000 people asking Goa to be a ‘free country’ has come under the radar of law enforcement agencies.

After a formal complaint by NGO Revolutionary Indians,

Crime Branch booked a man on the charges of sedition after he floated online petition claiming that the coastal state has been invaded territory of Portugal.

“The offence under section 124a has been filed against Atnasio Lobo following complaint against him filed before Crime Branch,” said Police Inspector (CB) Chetan Patil, who is investigating the case.

He said that the investigation is in progress, while attempts are made to track down the accused.

The coastal state was liberated from Portuguese rule in the year 1961 ending 450 year long colonial rule.

Revolutionary Indian’s official Nitin Patkaro had pointed out to the online petition floated by Lobo under the heading “”Free Goa from Indian Invasion and its Illegal occupation against United Nations Resolution.”

The complaint filed by Patkaro claimed that such a petition had attempted to excite disloyality towards the law established by government of India.

“The online petition for a free country Goa from India is signed by more than 4000 people and is spreading aggresively, Revolutionary Indians will fight all the anti-national elements in the society vigorously, nobody has the right to talk about a Free Country,” said Andrew Sequeira, another official of Revolutionary Indians.