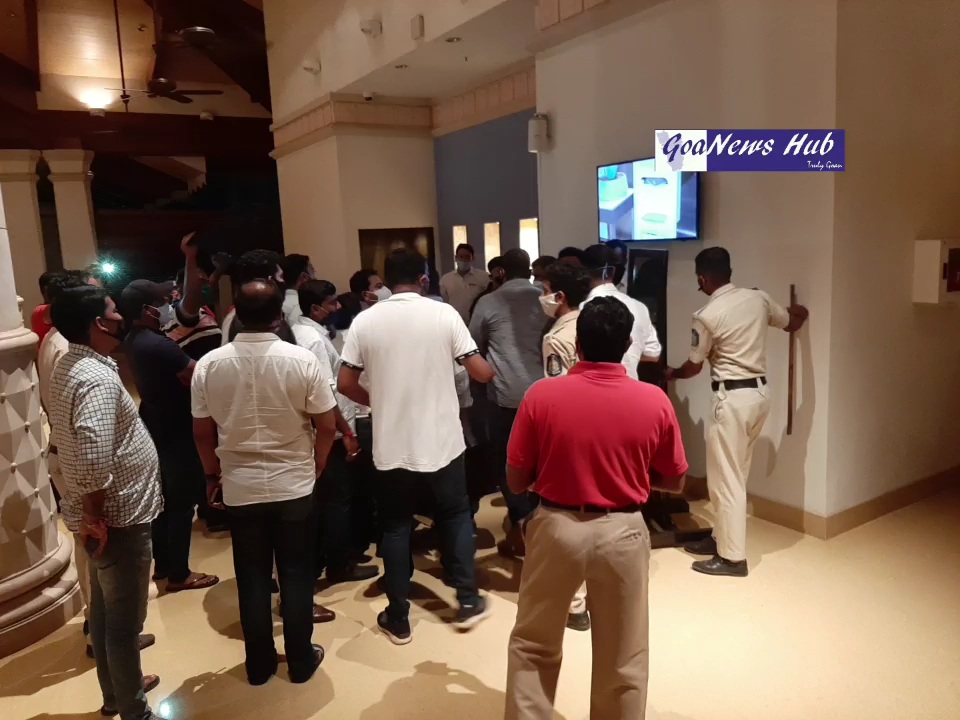 Panaji: BJP Yuva Morcha Goa leader Siddhesh Naik has said that the Congress workers were trying to pull a publicity stunt in their action of protest at a starred hotel where Union Minister and party leader Prakash Javadekar had checked in.

Naik said that the state government and CM Pramod Sawant is capable of handling Mhadei river issue, and Congress need not try to play politics over it.
He said that to meet any union minister, there is set protocol that has to be followed. “No one can just barge in the private hotel and claim that they want to meet the minister. They should have sought proper, prior appointment and then visited the hotel, if they are asked to come,” he said.
The Congress leaders were trying to have publicity stunt and create ruckus at the hotel. “This has been a habit of Congress party, which they have copied from their leader Rahul Gandhi, who still claims to be a youth leader despite being in 50s. Even those who had gone to Goa hotel are also self-proclaimed youth leaders in their 50s,” he said.
Naik said that Mahadayi river dispute has been properly fought by Goa government, which has rejected the award of Inter-State Water Dispute Tribunal. Goa government has also objected to the action of Karnataka to divert in-basin water.
The Central government has also not given any permission to Karnataka to go ahead with the project, he said.
“ We are hopeful that under leadership of cm we will get solution in the favour of state.”
Naik demanded that strict action should be taken against hooligan Congress leaders.
“While on one side we are reactivating tourism business as a part of unlocking process, the act of Congress workers will make tourists unsafe,” he said.