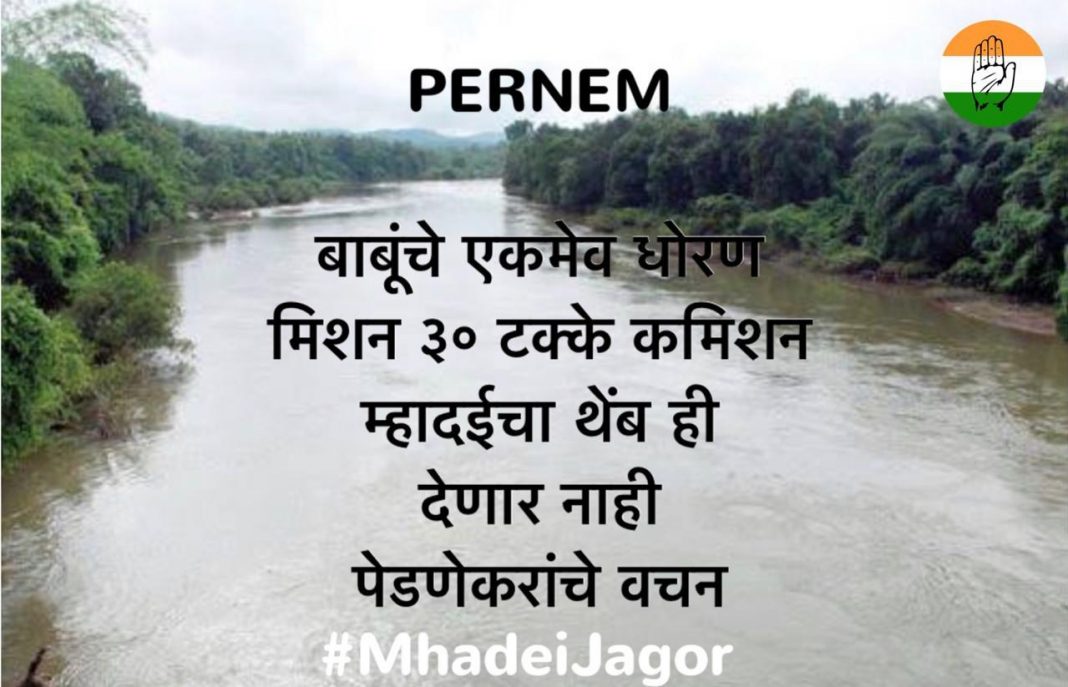 Panaji: Accecalrating pressure on Government on Mhadei, the Goa Pradesh Congress Committee today launched DIGITAL campaign to make awareness about Mhadei Jagor, agitation launched by the party to protest against the illegal Environmental Clearance granted  by Union Ministry of Environment and Forest to Kalasa Bhandura project of Karnataka and protect Goa’s lifeline Mhadei.

The digital campaign launched today will have an awareness poster released on digital media everyday and will involve all twelve talukas of Goa and later against every BJP Minister and MLA who are silent on injustice against Goa for lust of power. The posters will also highlight the mass corruption and irregularities by various ministers and MLAs and force them to join the protest. This campaign against BJP MLAs is to build public pressure on them using Social media said GPCC spokesperson Urfan Mulla.

The Congress Party has appealed to the people of Goa to show anger and come out in support of the protests as diversion of Mhadei will eventually lead to complete drying up of Mandovi river which will eventually turn out to be disaster.

The Congress Party will lead the peoples movement to Save our lifeline. We once again demand that Section 144 imposed in Goa be withdrawn immediately.

The people’s right to protest is a democratic right and Government has no right to supress the agitation to save lifeline of Goa. He said our Taluka wise protest Mhadei Jagor will continue.