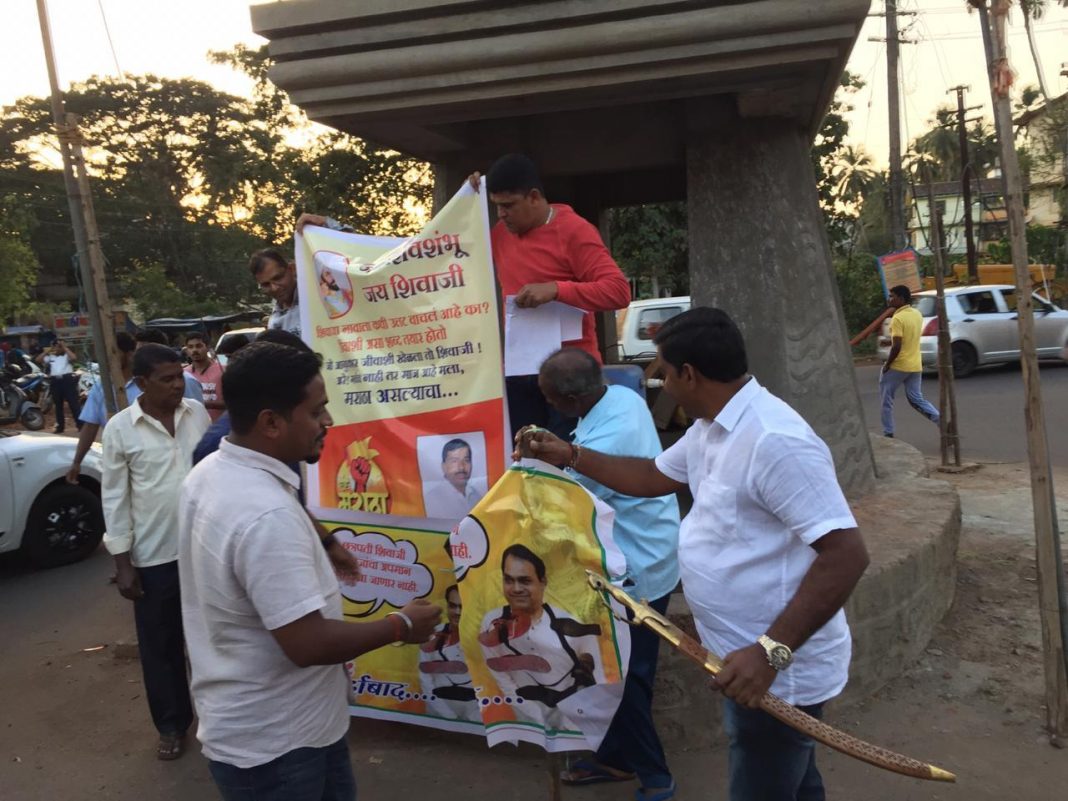 Bicholim: Congress leader Meghashyam Raut on Friday led a group which protested against the alleged move of MGP leader Naresh Sawal to shift the statue of Shivaji Maharaj. 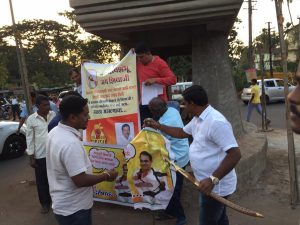 Raut burnt the effigy of Sawal warning him against any such move or attempt to insult the Maratha King. The Congress leader said that being Maratha, he would not tolerate any attempt to insult Chhatrapati Shivaji.

The issue surfaced after Sawal who is heading Bicholim Bachao Abhiyan (BBA) took strong objection to Shivaji Statue in the middle of the road in the city.

Sawal along with Secretary of BBA wrote to Executive Engineer of PWD that statue of Chhatrapati Shivaji Maharaj on the main road leading from Bicholim-Mapusa near Shri Shantadurga High School Circle creates “obstruction for free vehicular movement and on account of the same statue the visibility is blocked from all the four sides and on account of the non-visibility of road, various minor accidents have occurred and there is every possibility of major accidents and life loss in near future.”

Sawal also said “it is also learnt that main water pipeline is passing underneath the said statue, and account of the same it will not be possible to repair the said water pipeline in case of breakdown and the citizen of Bicholim will have to suffer for water shortage.”