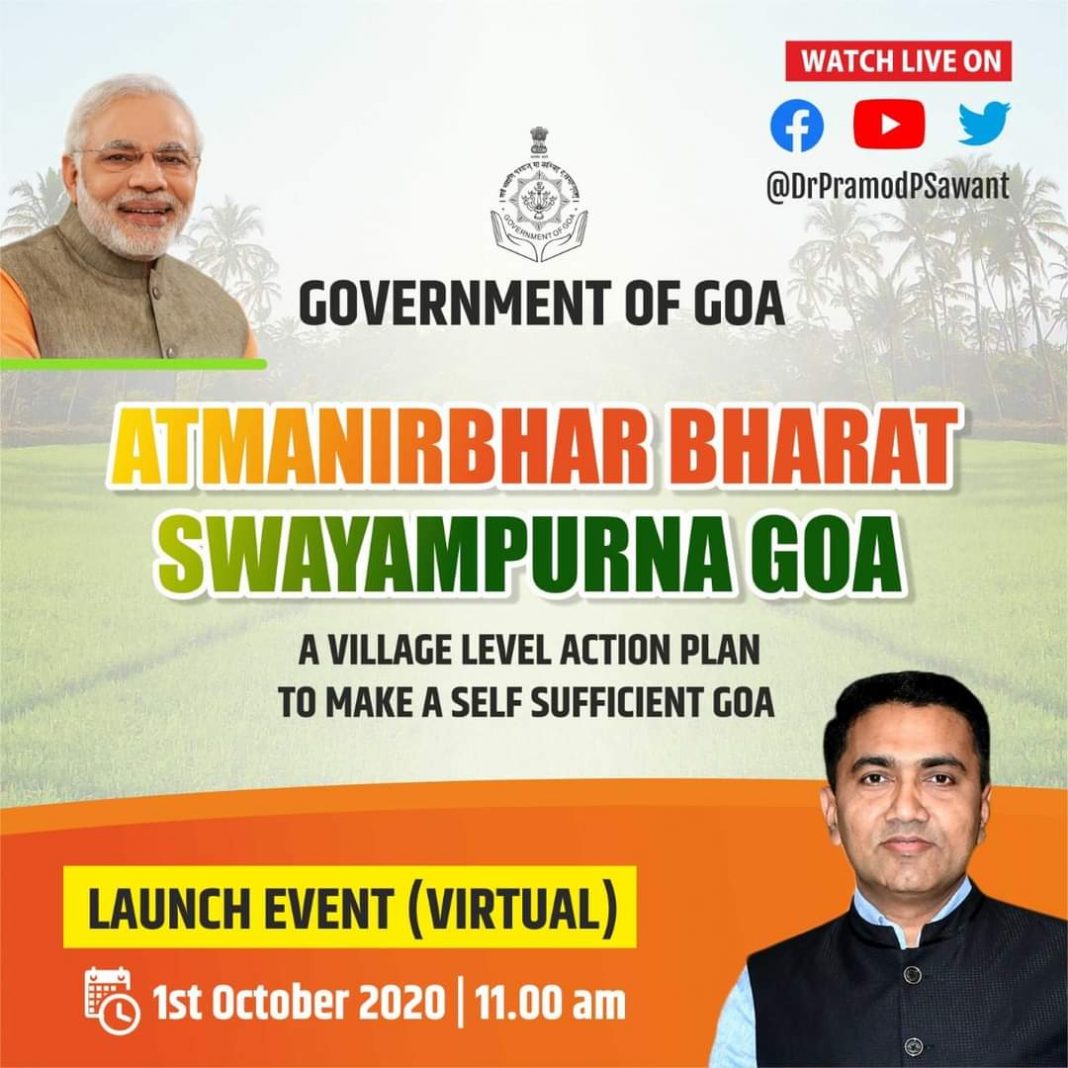 Panaji: Dr. Pramod Sawant, Chief Minister of Goa will be virtually launching Aatmanirbhar Bharat Swayampurna Goa at 11.00 am on October 1, 2020.
Under the Aatmanirbhar Bharat Swayampurna Goa a study of the economic revival for village panchayats was undertaken by Directorate of Higher Education (DHE) and Goa Institute of Public Administration and Rural Development (GIPARD). Twenty-five colleges were involved in the data collection, analysis of data and preparation of individual reports of the all the 191 panchayats in the State. The Core Team consisting of offices of DHE, GIPARD and Colleges were constituted to prepare the action plan.
According to a statement, The Government has initiated an Action Plan for Aatmanirbhar Bharat Swayampurna Goa under Economic Revival Plan for village Panchayats in the State. The said programme was as earlier promised by the Chief Minister.
The Directorate of Higher Education and Goa Institute of Public Administration and Rural Development are co-ordinating the programme.
The sectors identified for taking up the action plan were agriculture, Animal Husbandry, Youth and Adolescents, Senior Citizens, Women and SHGs, Tourism, Fisheries, Natural Resources, Schemes and their Convergence and General – Good Governance.