CM should make statement whether Goa has been cheated or not: Vijai Sardesai on Mahadayi 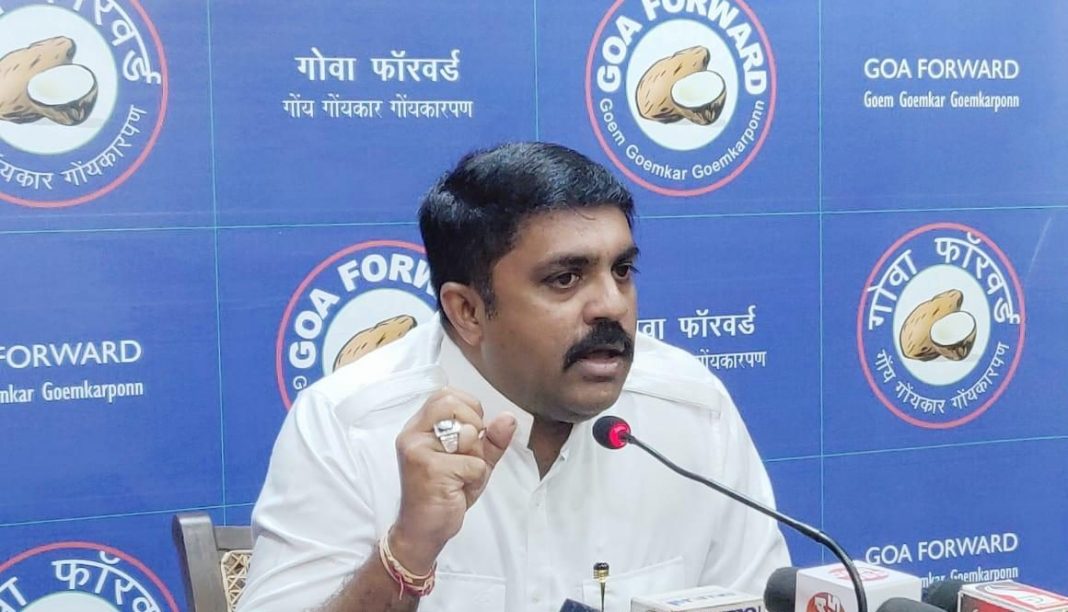 Panaji: Goa Forward Party Chief Vijai Sardesai on Friday said that Goa Chief Minister Pramod Sawant should make a statement whether Goa has been cheated or not by the centre on Mahadayi issue.

Sardesai’s statement comes in the wake of Governor Satya Pal Malik’s interview to Prudent Media in which he had said that Centre had cheated Goa on Mahadayi issue.

GFP, which is still a part of NDA, has said that they are with Sawant, if he intends to fight with the centre over Mahadayi issue.

“I am with the government, if they want to fight the centre on Mahadayi issue. On Mahadayi, when Governor is very candidly saying that Goa has been cheated as our government has no word for it,” Sardesai said.

“He (CM) is unable to say anything. I call upon Goa government to clarify as to what is their stand vis-à-vis Governor’s statement. Whether they agree that Goa has been cheated or not. Let them come up with one line statement,” the former Deputy Chief Minister said.

“My challenge to Goa government and to State Water Resources Department  (WRD) minister and CM. They have to make their stand clear whether Goa has been cheated or not,” he said.

Sawant has been facing criticism after Union Environment, Forest and Climate Change Minister Prakash Javadekar wrote to Karnataka on December 24 claiming that the latter do not require EC for Kalsa Bhanduri project on Mahadayi river.

Goa and Karnataka are in a bitter fight over diversion of River Mahadayi water.

The chief minister on Friday had said that if required, he would not mind fighting with the MOEF (union environment ministry) over Mahadayi river issue.

Previous articleGlad that CM has realized what I was saying is true: Rohan Khaunte on Mahadayi
Next articleWhy GMC not using drug overdose investigation unit?