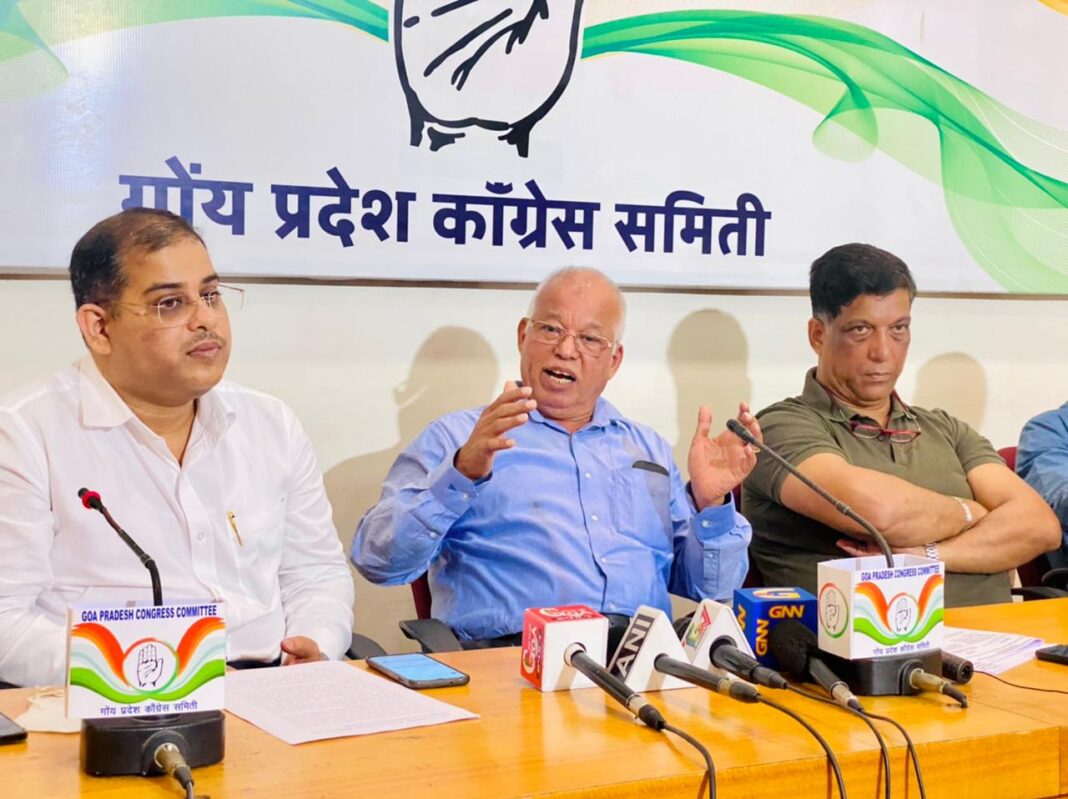 Panaji : Goa Pradesh Congress Committee (GPCC) has charged that the Central Government by passing the Major Port Authorities Act, 2021 has acted against the interest  of Goa and Goans and compromised the interest of the State by making many state laws redundant.
The press Conference was addressed by  MLA of Navelim Luizinho Faleiro,  along with GPCC Gen. Secretaries  Agnel Fernandes,  Vijay Pai and Adv. Yatish Naik at Congress House, Panaji  today on5th August 2021.
GPCC alleged that due to the introduction of the said act law like Goa Town and Country Planning Act and Regional Plan/ODPs made thereunder, Goa Municipalities Act, Goa panchayat Raj Act, Goa Land Development and Building Construction Regulations, 2010 and Goa Land Revenue Code are made redundant.
Luizinho Faleiro stated “The above fact has been admitted by the Hon’ble Town and Country Planning Minister Chandrakant ( Babu) Kavlekar in the just concluded assembly session. The TCP Minister has said that the bill has been opposed by the state state government and a letter has been sent by the Revenue Department , Government of Goa to the Ministry of Shipping, New Delhi to reconsider the bill”.
“The concerns raised by the Members of Legislative assembly have also been brought to the notice of Minister of State, Ministry of Shipping, Government of India vide letter dated 17June 2021” Informed Faleiro.

“The irony is that the TCP Minister has not yet received any reply from the Union Government, It is thus clear that the said Act has torn into the federal nature of administrative setup,” said Faleiro.

GPCC has expressed their disappointment to note that the state Government has completely failed to protect and guard the interest of Goa state.

GPCC has now demanded that the state government must lead an all party delegation to the centre to press the Central Government to withdraw the repeal of the alleged draconian law.
- Advertisement -