By-polls to increase percentage voting for Lok Sabha in Goa 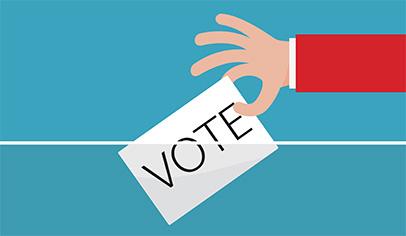 Panaji: Schedule of by-polls in three Assembly Constituencies along with Lok Sabha elections in Goa is expected to increase the percentage voting in the coastal state, which has always seen good number of voters’ turnout.

The election experts have predicted that the efforts to attract voters for voting during by-elections in each of the three Assembly segment will prep-up polling percentage for both the Parliamentary seats.

For the parliamentary elections held in the year 2014 which saw Narendra Modi taking over as Prime Minister of the country, Goa had 76.82 per cent people voting. Both the seats were won by BJP candidates Shripad Naik (North Goa) and Narendra Sawaikar (South Goa).

“The usual voting percentage for Parliamentary polls is always lower than the Assembly elections. But this time, both combined together has given a scope for rise in polling percentage,” said Timble.

Veteran Journalist Rajendra Desai said that the Lok Sabha election, this time, would be a closely fought contest all across the country.

“If  alone Lok Sabha polls were held, the percentage voting would have been more than the last time. Now, by-election will add to the fervour,” he said.

Desai said that both Congress and BJP will leave no stone unturned to ensure that they win on all the seats including by-elections. “The results of by-elections will also have impact on state politics and stability of Pramod Sawant led government. That is why the voters will turn out in a large number,” he said.

Along with BJP and Congress, Aam Admi Party has been contesting Lok Sabha seats, while Maharashtrawadi Gomantak Party has also put its hat in the ring for by-election in Shiroda assembly constituency.

Political analyst and member of election watchdog Association for Democratic Reforms (ADR), Manguirish Pai Raikar, predicted that the interest of voters in Parliamentary election would be more this time.

“The percentage voting will also depend on the euphoria that is created on the eve of the election,” he said.

Raikar said that Goa being a small state, inherently, it has higher percentage of voting but this time, it would touch a historic mark.

Total 11.31 lakh voters are eligible vote from both the parliamentary constituencies in the coastal state.