BJP inches closer to form the next Goa govt 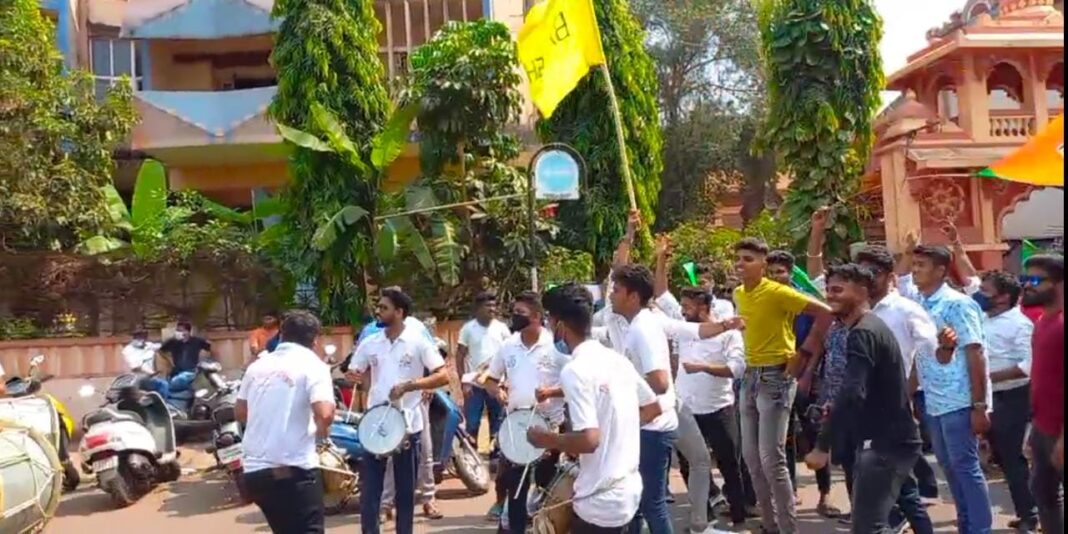 Panaji: Bharatiya Janata Party is emerging as the single largest party in the state with it inching closer towards the absolute majority in the 40 seat Assembly.

At the end of final round of counting, the BJP was leading on 19 seats followed by Congress that won on eleven seats while its alliance partners Goa Forward Party winning on one seat.

Aam Admi Party is close to open its account in the state by winning on two seats while MGP won on three seats. Trinamool Congress Party could not win on any of the seat. Three Independent candidates were also inching closer to the victory.

Chief Minister Pramod Sawant told reporters at party’s headoffice that all the three Independents have pledged their support to the BJP.

Dr Chandrakant Shetye, one of the Independent candidate who won from Bicholim assembly segment, met Sawant immediately after the results, declaring his support.

A senior BJP leader said that two other Independents – Aleixo Reginaldo Lourenco (Curtorim) and Antonio Vas (Cortalim) – who are leading are also in touch with the BJP.

Considering the numbers, the BJP may form the government without help of the MGP as they would touch the required number with the help of Independents.