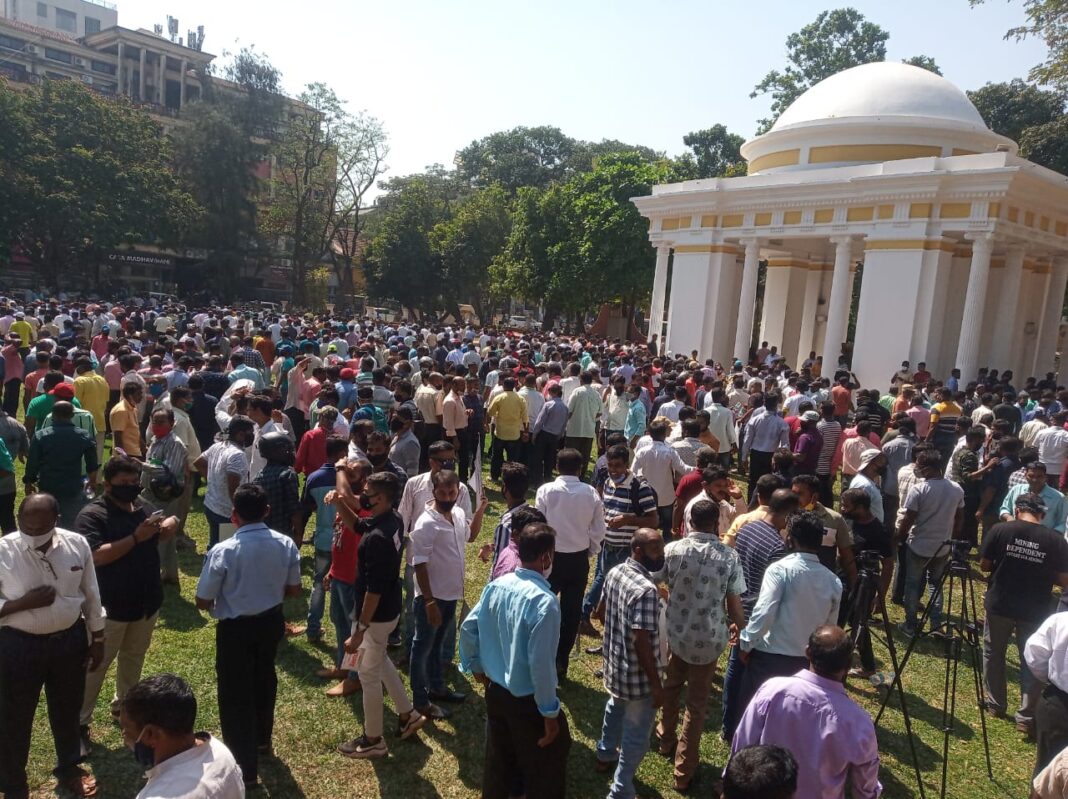 Panaji: The BJP Government is purposely delaying the resumption of mining to forcibly compel the three lakh mining dependents to opt for other source of incomes and then the corrupt BJP Government will handover the mines to the Crony Club of Prime Minister Narendra Modi charged GPCC President Girish Chodankar.

His attack on the BJP government comes at a time when around five thousand mining dependents marched in Panaji today, demanding resumption of mining activities.

This is not the first time that mining dependents have placed their demands of mining resumption, but on several earlier occasions they agitated in Goa as well in Delhi. Instead of giving them justice, the State BJP government resorted to lathicharge on these mining dependents in 2018, while they were protesting in the Capital City Panaji reminded Chodankar.

Goans will never forget the sufferings of these mining dependents for last nine years which are forced on them by the in insensitive & greedy BJP Government Chodankar said.

I want to remind the People of Goa that former Chief Minister late Manohar Parrikar had accepted on record that he had stopped mining activities in 2012. He took the decision compromising interest of Goa for future benefits of Modi’s Crony Club. He was later rewarded with the return gift of Defence Ministry in Modi Government which was just a ceremonial position, as all keys were held by PM Narendra Modi.

The statements of late Manohar Parrikar on Rafale Deal stating that he was not aware of the same are evident enough to confirm my claim that he was proxy Defence Minister stated Girish Chodankar.

It is only during elections of panchayat, municipality, assembly or loksabha, BJP comes out with fresh promises of starting mining. But they have never ever come up with a concrete action plan to prove their intentions. These hollow promises will never turn into reality as BJP has an agenda to handover the mines to Crony Capitalist friends of Modi and Shah claimed Girish Chodankar.

Congress is committed to support the demands of Goa Mining People Front and will stand firmly with them. We have made it clear that Congress Party is ever ready to support the legally resumption of mining which will benefit Goans Girish Chodankar said.

I have a strong feeling that once the infrastructure for Coal Transportaion is ready, the BJP will hand over mining activities to the friends of the Modi government claimed Girish Chodankar.

I appeal to People of Goa to realise and understand the true face and colour of BJP Girish Chodankar said.