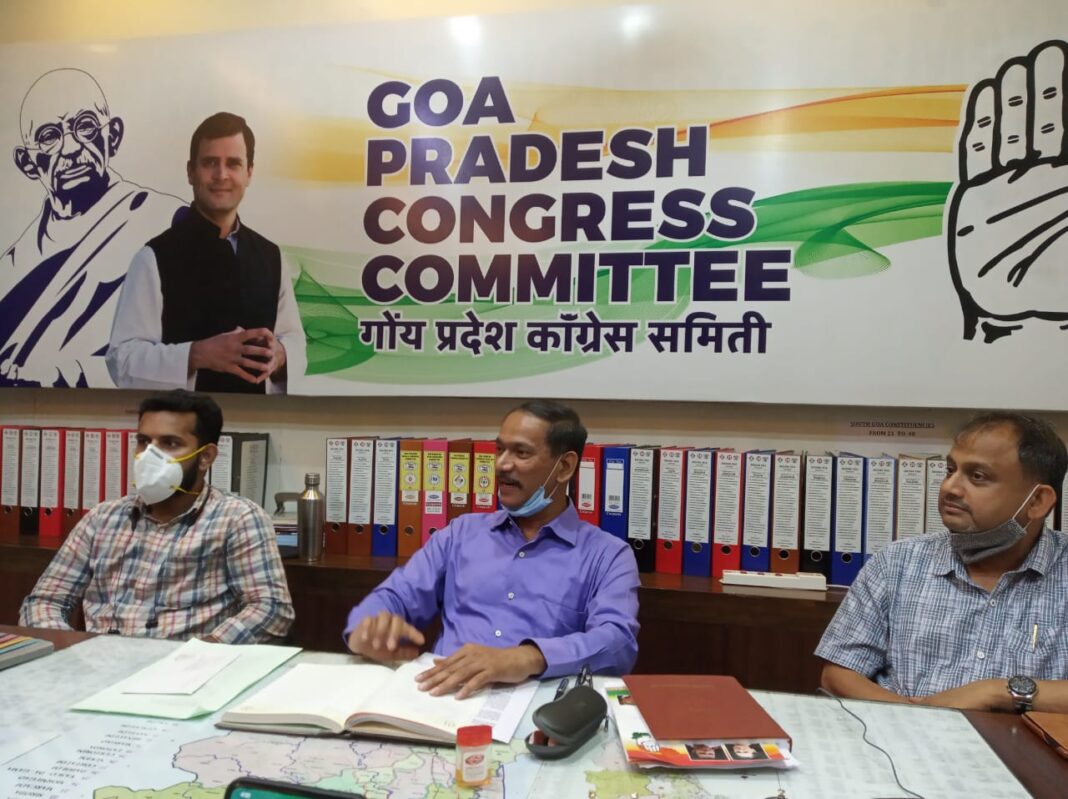 He was addressing a press conference at Congress House along with Arch. Tulio D’Souza and NSUI Leader Naushad.

It is loud and clear that the BJP Government imposed restrictions on the movement and participation of Goans in their traditional festivals like Shigmotsav, Easter Celebrations, Shab-ye- Barat and proved that BJP is anti-bahujan samaj and anti-minority stated Girish Chodankar.

The clueless Chief Minister needs to explain to the people on the rationale behind imposition of Section 144 in the State when Covid Cases were low and subsequent withdrawal of the same when almost all hospitals and care centres are full with rising Covid cases demanded Girish Chodankar.

This senseless BJP Government has now officially allowed gatherings of people for public events while on the other side want the enforcement agencies to fine the people. This proves intellectual bankruptcy of the Chief Minister said Girish Chodankar.

We demand that Goa Director General of Police must first book the Chief Minister and all other functionaries of the BJP for violation of Section 144 at Mandrem birthday celebration event and also against organisers of Hunar Haat before fining Goan people.

The shameless BJP Government is banking on earning money from fining common man. They must instead provide free masks and kits to people stated Girish Chodankar.

We will not allow Government to implement new Motor Vehicle Act with steep hike is fines and penalties till proper, safe and secured roads and infrastructure in put in place warned Girish Chodankar.

This government failed to create job opportunities to youth, they failed to bring in new businesses and investments, they repeatedly failed in saving Mhadei, they failed in Mining resumption. What BJP could achieve was get certificate from Goa Lokayukta for 21 corruption cases and selling Goa to crony capitalists charged Girish Chodankar

Previous articleIt’s another peak, 527 new infections, two deaths
Next articleDecision to align with GFP was taken at the local level: Girish Chodankar