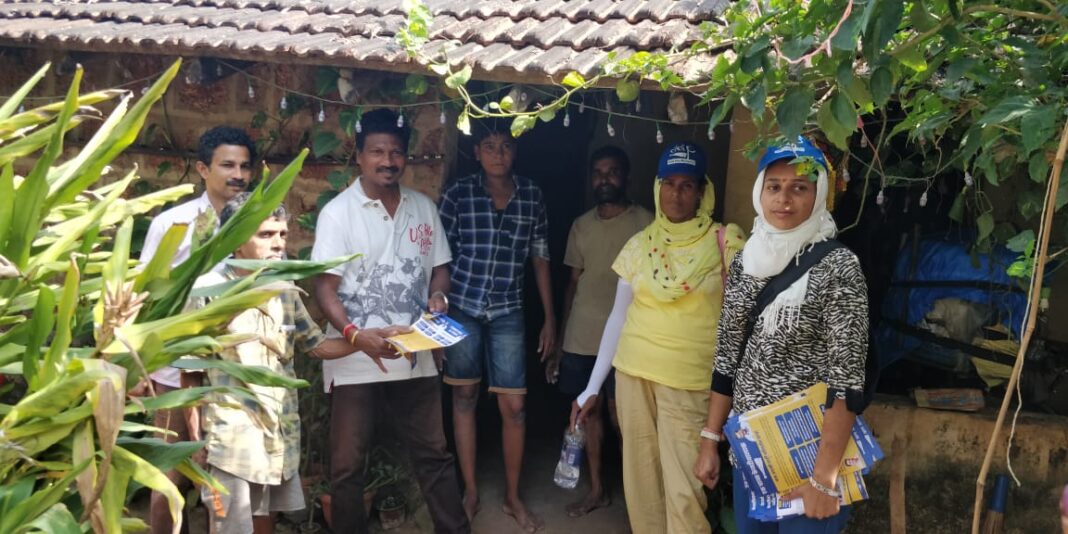 “When AAP announced employment guarantee that time the government woke up and 10 thousand jobs ahead of assembly elections. In the last five years where were they? How many jobs they have provided? Now only one month left, how many jobs will they provide?”, slammed Rahul Mhambre, AAP Goa Convenor.

“Cuncolim has seen and elected both the BJP and the Congress but still there is no development. We don’t have a primary health centre in Chandor and Girdoli. Cuncolim is an urban place but the government is trying to bring healthcare under Balli primary health centre. If AAP comes to power, I will set up a 50 bed urban health centre”, said AAP leader Prashant Naik.

He said, “The people have been saying that they don’t want the BJP and the Congress parties anymore. They haven’t done anything for the people and only worked for their and their supporters’ self-development. After looking at all these years, the villagers are really looking forward to the AAP’s guarantees. They have realised that there is a dire need for corruption-free governance and only AAP can provide that”.

Ahead of the upcoming assembly elections in the state, the Aam Adami Party has started intensifying its door-to-door campaign and the party has been receiving good responses over their free electricity and free pilgrimage guarantees.