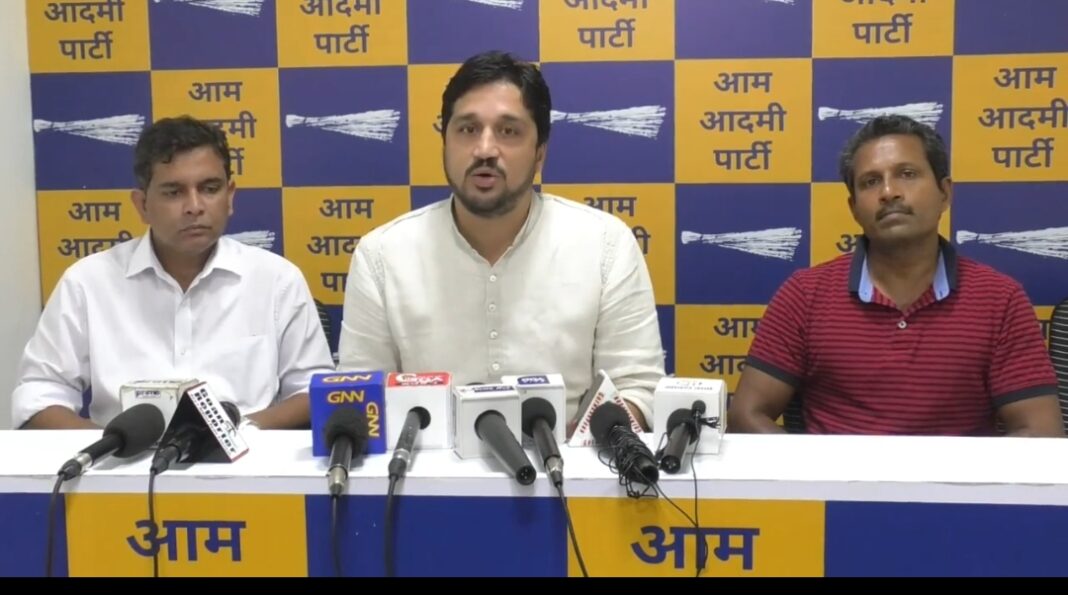 While Goans unitedly celebrated Christmas and have a history of living and celebrating together the BJP was targeting Christians in its ruled states specifically during their festive season. The BJP even in Goa is trying to divide people on the lines in religion in an attempt to hide their failures in governance. In Ambala Statue of Jesus Christ was damaged. In Karnataka, prayers were disrupted. In Assam a Christmas function was disrupted meanwhile in Gurgaon Christmas prayer was disrupted. There were shocking acts of vandalism on a statue of Jesus Christ in a church in Ambala. In Agra we saw people burning effigies of Santa Claus. The BJP has created a communal atmosphere across India.

The reason behind this is clear, the BJP wishes to hide its failures in Goa behind its communal agenda. The BJP Govt has failed Goa on all fronts. MAny Goans died during the second wave due to their ineffective Governance and the Oxygen scam by the health minister. Youth have lost their entire futures due to the failure of the Govt to provide jobs. BJP’s MLAs are famed across Goa for demanding bribes for jobs. Many Women have not received Grihadhar pension, the common man is burdened by high electricity bills and faulty water bills due to the Pramod Sawant Govt’s failures.

The BJP has failed in all of its endeavours. Goa is facing tremendous corruption under the BJP whether it is Oxygen scam or the massive jobs scam spanning multiple Ministries and departments. Many Goan Youth have lost their future due to the massive corruption in job allocation with Ministers demanding lakhs of rupees for jobs. During the Second wave many Goenkars lost their lives due to lack of Oxygen due to corruption and a scam on Oxygen supply. Today it is due to hide these failure that BJP is trying to polarise the elctorate

“Today Goans Celebrate each others festivals unitedly across all religions. However the BJP is creating a communal atmosphere across the country just to hide its failures” Said AAP VP Valmiki Naik. “These are only attempts to distract Goenkars from the real issues that are plaguing Goa like unemployment, failure to save Goan lives and social schemes not functioning properly” added Naik.

“Goans are being divided on the basis of religion. The BJP is polarising people due to religion just to hide their failures. They want to talk about everything but the issues impacting Goenkars. High prices, no Grihadhar or delayed Grihadhar payments, plans on how to help the Aam Aadmi these find no mention in the BJPs statements.” said AAP leader Adv Amit Palekar. “Goenkars will teach the BJP a lesson and will not let them polarise their state: added Palekar