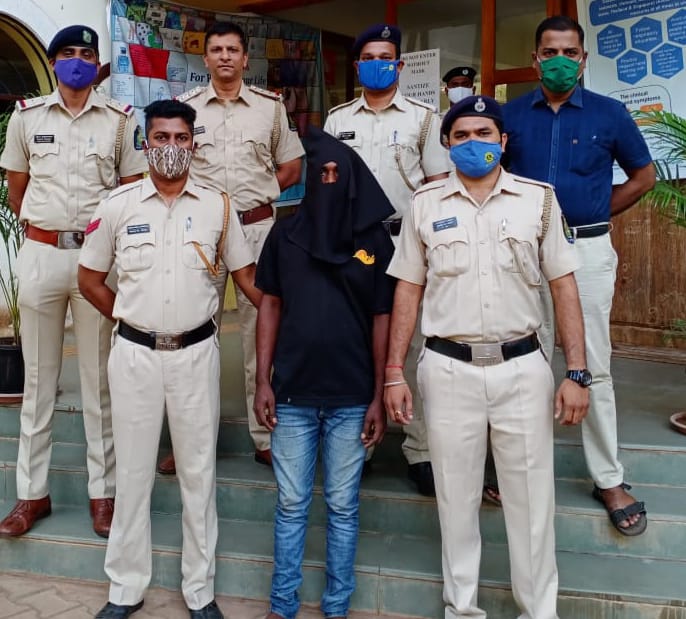 Mapusa: Mapusa Police on Saturday arrested a 26-year-old man for possessing Ganja worth Rs 40,000 at the outskirts of Mapusa city, nine kms away from here.

Mapusa Police Inspector Vijay Chodankar told reporters that the Ashok Durgappa Gullar, working with a restaurant in Anjuna beach village, was arrested at Parra village  for possessing 1.100 kg of Ganja worth Rs 40,000.

The raid was conducted at around 4.30 am on Saturday, he said adding that the acccused has been booked under Narcotics Drugs and Psychotropic Substances Act.

Further investigation is going on under supervision of DySP Gajanan Prabhudesai and SP Utkrishta Prasoon.