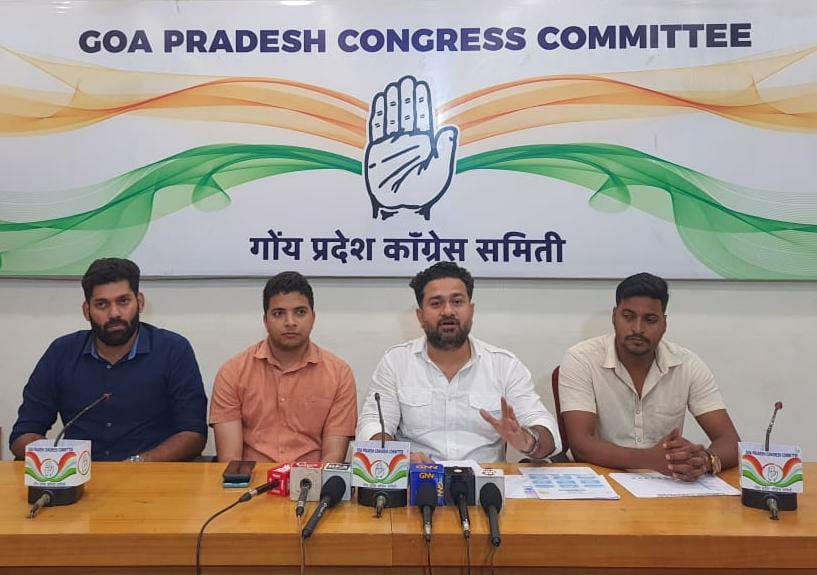 With the dangers of a possible fourth wave in the horizon, the Goa Pradesh Youth Congress raised the alarm on the preparedness of the Government on the next wave.
Addressing the media on the issue, Adv Varad Mardolkar, Goa Pradesh Youth Congress warned about the rising cases. He quoted the statement of the Dean of Goa Medical College, Shivanand Bandekar on the possibility of the fourth wave expected in Goa soon. He said, “People have lost their lives due to the Government mismanagement in the past. A question needs to be raised on the current preparedness and what have they done.”
Blaming the Government for not taking adequate action during the previous waves, he cited incidents from the past where people died because of lack of oxygen in the second wave, and in the next, he said, it was permissions to major events like Sunburn.
He added that the biggest scam has been in the health sector during the pandemic, whether it pertained to oxygen, ventilator purchase or medicines.
Adv Mardolkar stressed that the Congress party has always raised people’s issues. He elaborated, “The Congress was the only party to raise the alarm and worked for the people. The rest were not anywhere and woke up at the time of elections. Since we know the ground reality, we ask that it shouldn’t happen again.”
He said that the Goa Pradesh Youth Congress demand that the beneficiaries under Rs. 2,00,000/- scheme for Covid victims and the Rs. 5,000/- to traditional business owners be disbursed immediately. “The Government should also release the funds under the National Disaster Management Act that allows Rs. 4,00, 000/- per victim’s family,” he said.
He warned that the Government is bluffing everyone. “While the Government has no money for distributing money to beneficiaries, they have money to spend Rs 5.59 crores for swearing in ceremony,” he said.