Streaming services will break the hold of big studios, however they will increase the cost of local film-making too: Neil Arden Oplev, Director of Movie Daniel 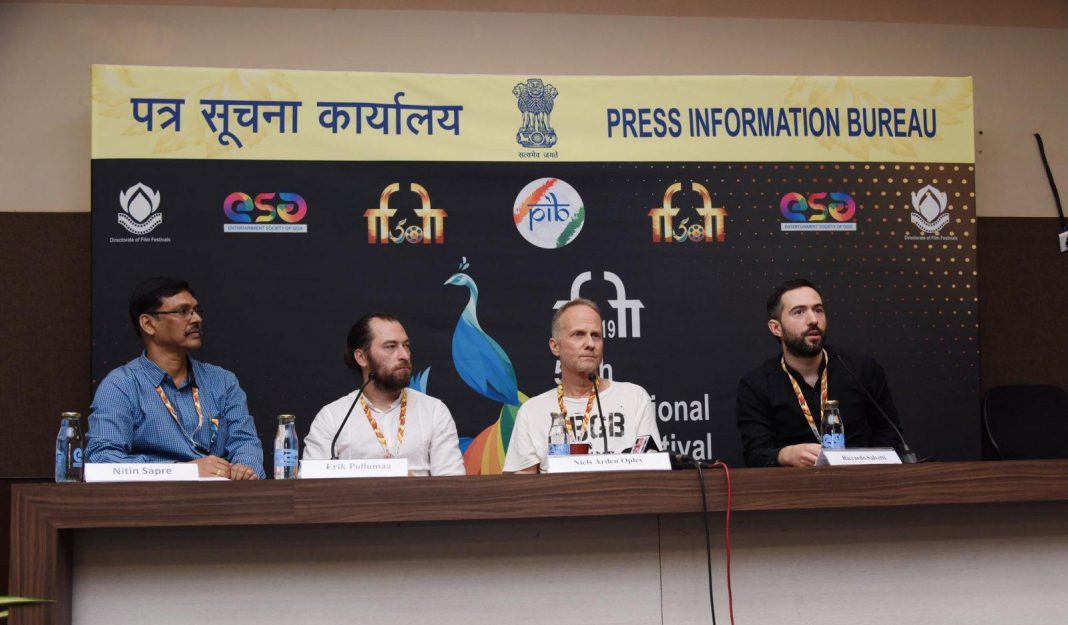 Streaming services will slowly break the hold of big studios and will prove beneficial for small film-makers. However at the same time they are increasing the cost of local film-making said Neil Arden Oplev, Director of the Danish Movie Daniel while speaking to media in IFFI 2019 at Panaji, Goa today.

“US film-making is driven by big studios while Europe adopts an independent form of film-making. Indian film-making is more like US film making and it will catch up faster than Europe with movie making in Los Angeles. European films are shot on small scale and they are medium budgeted films and sometimes film-makers have to depend on European Union, Governments for getting funds for the film.” Mr Oplev added.

On Daniel he said “My movie is based on a true story about a young man captured by ISIS in Syria. It was too compelling for me to go back and shoot a movie based on it.” The movie was screened under the Master Frames category that features films by master film makers of international repute.

Mr Oplev believes that. Mr. Oplev said “US is traditionally bad market for foreign films. His film We Shall Overcome was distributed in India”.

Mr. Oplev added that it is risky for distributors to buy foreign film. European film-makers are trying to tap Chinese market. Mr Oplev opined that awards are over-rated however they help one trying to enter film-making in foreign countries.

Director Riccardo Salvetti of the Italian film Rwanda which is competing for ICFT- UNESCO Gandhi Medal in the festival was also present in the press conference.
“Our film is based on a true story. Since it’s an African centred movie, nobody was interested and we faced lot of resistance in our country. Due to low budget we did shooting near my house in Italy. However the location was so similar that many Rwandan people who got the news about shooting, thought that we are somewhere in Rwanda.” He said
He added that most difficult part was to adopt from screenplay.” I tried to keep balance between theatre and movie in this film. It was stimulating. I tried to mix genres and languages.  We are trying to put this movie on Netflix and are also arranging screenings based on online requests.”

Erik Pollumaa, director of movie Scandinavian Silence was also present in the press conference, Mr Pollumaa said he preferred the collaboration in film-making. Getting correct images and angles was the most difficult part for him. He believes that awards are good for recognising people and the reason behind East European films having bleak colourscapes is their bleak themes and storylines. However he added that they make comedies too.

The story of one of the most spectacular kidnappings in recent times. The protagonist is the young Danish photojournalist Daniel Rye who was held hostage for 398 days in Syria by the terror organisation Islamic State along with several other foreign nationals including the American journalist James Foley. The film follows Daniel’s struggle to survive in captivity, his friendship with James, and the nightmare of the Rye family back home in Denmark as they try to cope with the fear that they may never see their son alive again.

Close your eyes and try to imagine. A man, a woman, and their families. The fastest and most systematic genocide in history. He is Hutu, she is Tutsi. He must kill. She must die. What happened during that bloody spring changed not only Augustin’s and Cécile’s lives, but also the one of two young actors called to interpret them on a stage boards many years later.

A psychological drama with thriller elements is about the reunion of two characters. Their journey through winter landscape forces them to discover the background of a violent act having taken place years ago. Their unsolved past leads the characters to make a choice that will define the future for both of them.