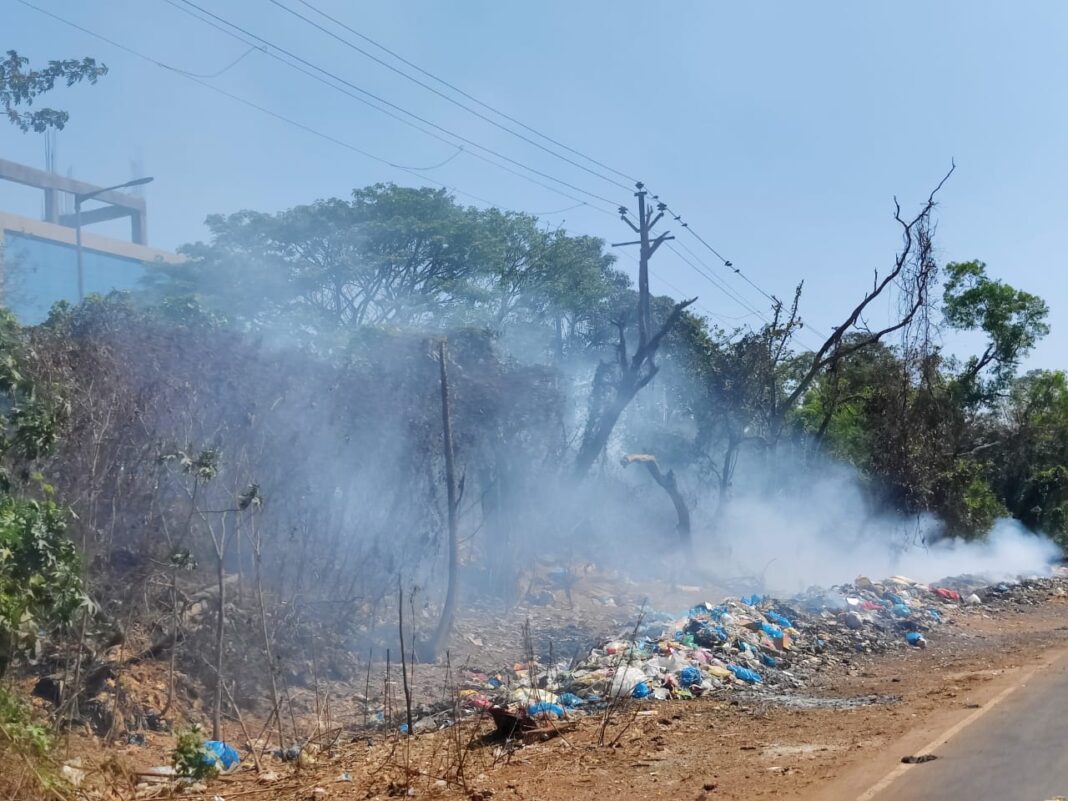 Margao: The Shadow Council for Margao once again questioned the payment of hefty bills of the waste management agency’s appointed by Margao Municipal Council.

SCM Convener Mr. Savio Coutinho stated that the Council is paying nearly 15 lakhs per month to a Contractor who has been entrusted the work of door to door waste collection and clearance of Black Spots by segregation of waste found at the black spots.

Today “Burning of waste” in Margao seems to be the Scientific method for the Margao Municipal Council, Mr. Coutinho stated sarcastically. It has become a routine for the Municipal workers to burn waste in the Municipal garden, Ana Fonte garden, during the road side sweeping and during the clearing of black spots. “The pollution caused by such burning seems to be of least concern for our authorities “, Mr. Coutinho lamented.

While it is common knowledge that the door to door waste collection doesn’t happen in a segregated manner, the waste at the black spots is gathered at one spot and set ablaze, much against the rules for waste disposal and pollution control board guidelines.

Mr. Coutinho stated that today, the workers of the agency Bapu Environmental Social Service Organization gathered the waste strewn near the over bridge at Rawanfond and set it ablaze instead of segregating and handing over to the Council vehicles. Mr. Coutinho further stated that the purpose of highlighting this fact is because the bills of this agency are Certified by the concerned Supervisors/Engineers, as having segregated the waste at such black spots, much contrarily to what can be seen at the site.

SCM Convener condemned the careless attitude of the Council by which precious public resources are squandered on shoddy deals with unscrupulous contractors. “We shall go to any extent to ensure the safeguarding of taxpayers money, and very soon we will be filing a Petition before the Hon’ble High court in this regard”, Mr. Coutinho stated.