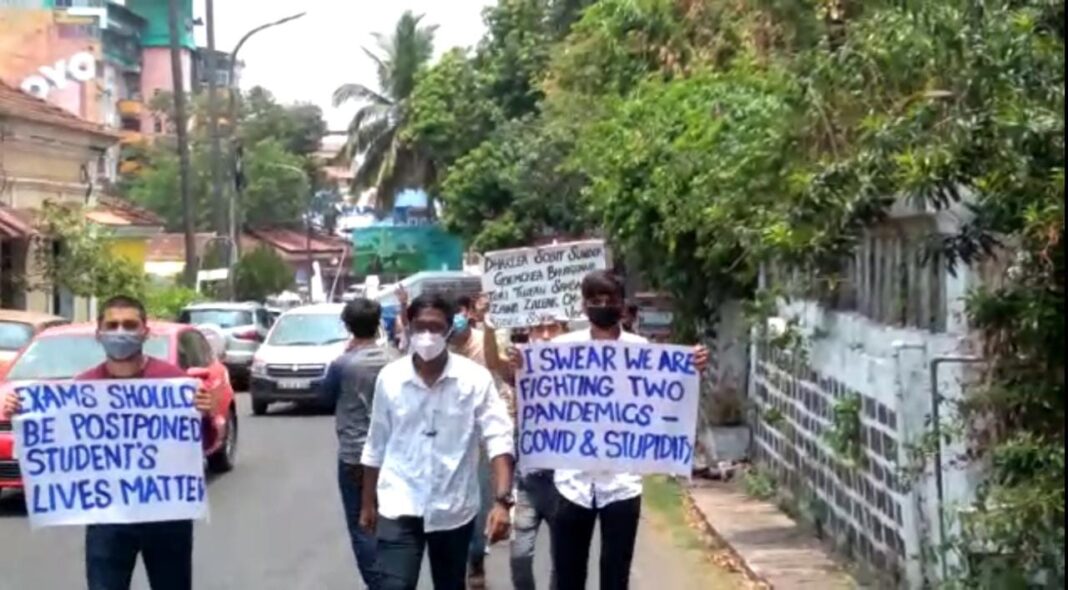 Panaji:  Several students protesting outside the official residence of Chief Minister Pramod Sawant at Panaji were detained on Monday afternoon.

The students are demanding that the upcoming examinations for 10th and 12th standard of Goa Board of Secondary and Higher Secondary Education be postponed or held online.

The protests are supported by Goa unit of National Students Union of India (NSUI).

NSUI Goa President Ahraz Mulla said that the students initially went to Goa Board in the morning on Monday after which they marched towards the official residence of CM, where they were detained.

Mulla said that the students were protesting peacefully pressing for their genuine demand, when they were detained by police and taken to Pernem police station, almost 40 kms away from Panaji.

The students have been demanding that the Board examination should be postponed in lines with the CBSC or ICSC considering the outbreak of COVID-19 in the state.

Around 30,000 students will be answering 10th and 12th standard papers which are scheduled to start from April 24. PTI RPS