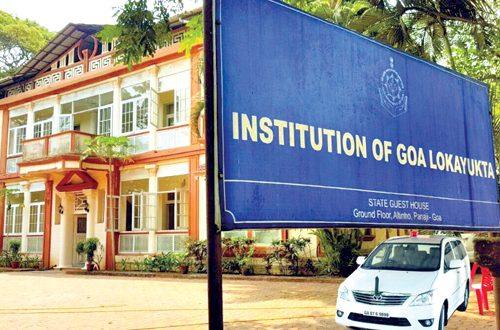 Panaji: Lauding the move of Goa Lokyukta for seeking inquiry into the tendering process Margao Municipal Council (MMC), Shadow Council for Margao (SCM) stated inquiry has saved over Rs 2 crores funds of the Council. The SCM further demanded that all the fees payable to the legal counsel engaged to represent the Council should be recovered from the fraudster councillors.

Informing that the SCM had earlier unveiled tenders taken by MMC which were allegedly fake, it stated that SCM had submitted video recordings and photos exposing the status of work by the Council to the Goa Lokyukta, which were then taken on record.

“SCM had alleged that already existing roads and drains figured in the tender list, which was seen as an attempt to defraud the public exchequer,” it stated.

“Lokayukta PK Mishra in his report stated that the videos and photographs produced by the Shadow Council gives a clear picture about the Shoddy nature of work being undertaken. The report of the Lokayukta further stipulates that unless a clearance is given by the ACB, no further work should be undertaken,” SCM further stated.

“The Goa Lokyukta has recommended an Administrative Inquiry by the Anti Corruption Bureau (ACB) into the tendering process of the Council. Goa Lokayukta  P K Mishra has in his report under section 16(1)(a) of the Goa Lokayukta Act 2011 further recommended that the inquiry should conducted by a responsible officer not below the rank of DSP within a period of 60 days from the receipt of the report. Incidentally, the tenure of this Council expires in a month’s time, and the Lokayukta report could surely have an impact on the local MLAs selection of sitting councillors as their candidates for the ensuing elections,” SCM stated.