Savitri Kavlekar to rebel against BJP? 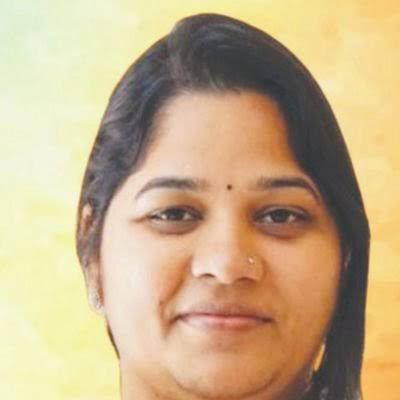 Sanguem: Deputy chief minister Chandrakant Kavlekar’s wife Savitri, who is also a BJP leader, is likely to rebel against the party by contesting as an Independent candidate from Sanguem Assembly constituency.

Savitri has been preparing of show of strength by holding a mega public meeting at Sanguem where at least 5,000 crowd would be gathered.

She has resorted to this show of strength after BJP top leadership clearly hinted that party’s ticket in Sanguem constituency would be given to former MLA Subhash Faldesai.

Savitri shifted to BJP along with her husband in July 2019 and since then has been working in the constituency with the hope of getting the party ticket. Some of the senior BJP leaders had clearly favoured her but Faldesai’s loyalty and closeness to the party has made him front runner for the ticket.

Sources stated that Savitri’s Sanguem public meeting will be without any BJP leaders or flags. It would be under the banner of Vision Sanguem, a platform which she has floated.

It is to be seen how BJP reacts to the rebel by their woman party leader in Sanguem assembly constituency.