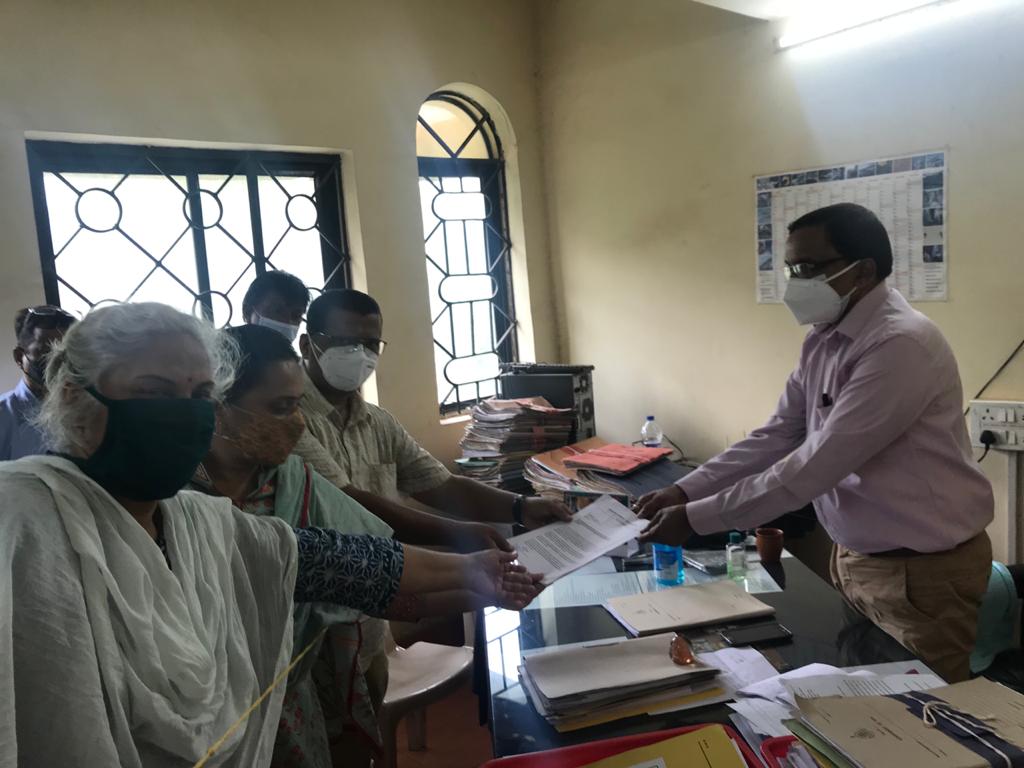 Margao: Shadow Council for Margao today filed a written Complaint against the Sewerage department Contractor for execution of substandard works posing risks to the lives of the general public.

While demanding an inquiry into the cause for the sinking of the road along the Margao KTC bus stand, near old Market circle, SCM also demanded that all the losses caused to the public exchequer on account of the shoddy work be recovered from the defaulting contractor.

“The sinking of the portion of the road can very well be attributed to the poor quality work executed by the Contractor and deserves to be inquired into, and an inquiry report be made public”, SCM Convener Mr. Savio Coutinho demanded.

Through the complaint the department was also informed that the said Contractor has damaged/destroyed the existing footpath. And as such, called for the Contractor to be penalized for the same and be directed to restore the said footpath in proper condition.

The losses caused to the public exchequer on account of the damage to the recently provided Hotmix carpet should also be recovered from the concerned contractor, not in the form of patchwork but the entire stretch of the road, SCM demanded further.

Expressing apprehensions that there is every possibility that more such locations could witness sinking of the road, we have requested the South District Collector that the entire stretch be inspected and preventing measures be taken, so as to ensure that public life is not put on risks, Mr. Coutinho stated.

SCM made a strong demand that a detailed investigation be conducted in the substandard works executed, and the report be made public.