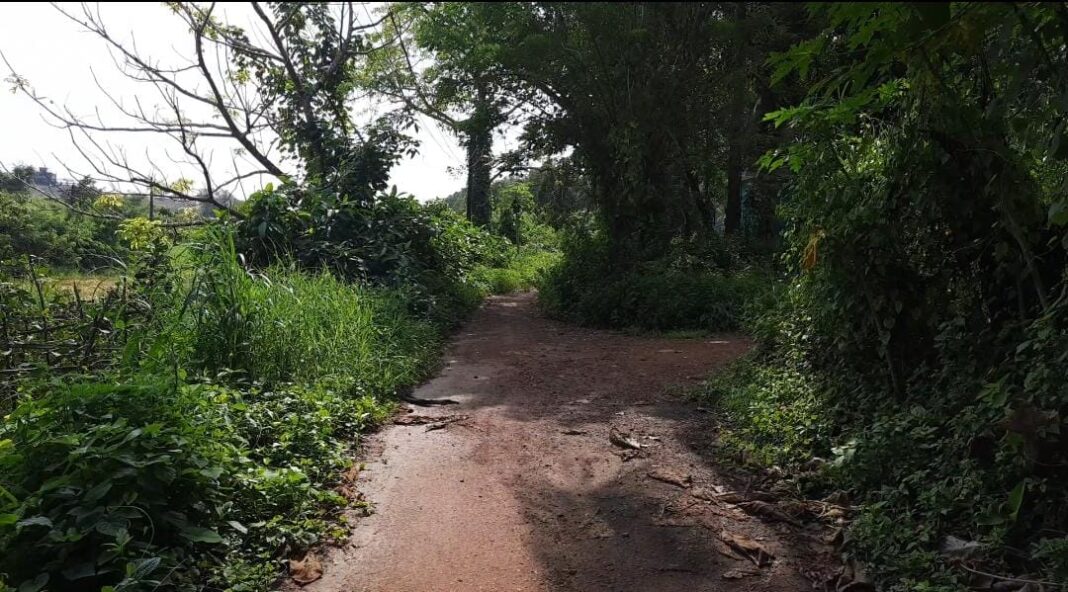 Panaji: The Revolutionary Goans team from Curtorim voiced concerns over the pathetic condition of roads in Eklatti, blaming the local MLA, Reginaldo Lourenco and PWD for failing to provide the locals with motorable roads.

The RG Curtorim Coordinator, Johnashua Quadros highlighted that over the last 25 years the road in Eklatti which is situated behind the steel factory had not been hot mixed.

“No action was taken by the PWD and neither the local MLA to hot-mix this road for the last 25 years. The locals from Eklatti claim that this road was built by themselves more than two decades ago and later the government authorities tarred it but after that no maintenance was carried out,” said Johnashua.

“The MLA of Curtorim is busy protecting his illegal migrant vote bank at Kargil. It is sad that the basic amenities like water, electricity and good roads cannot be provided to the locals. It is high time the people of Curtorim wake up and understand that they need to choose the right candidate who will work for their betterment,” he added.

While a RG member Rubert Pereira mentioned that while carrying out our door to door campaign the villagers complain that neither the village panchayat members nor the local MLA was seen in the village. This was the sad reality of the elected representatives.