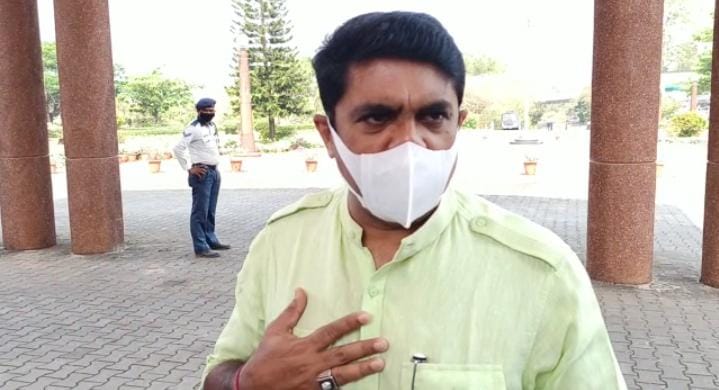 Margao: Goa Forward Party President Vijai Sardesai has been challenged by NGOs and Civil Society members to resign from the NDA and prove that he is serious of alliance with secular parties.

Ek Pavl Ekcharachem, an association of the like-minded people, on Monday held a press conference in Margao to dare Sardesai prove his genuineness by resigning from the NDA.

GFP is a part of NDA since the time it had supported Manohar Parrikar-led government.

The NGOs and Civil Society members said that after their initial press conference supporting the alliance for Margao Municipal Council, they were flooded with the calls asking them for their stand when Vijai is a part of NDA.

“Vijai should stop stepping on both the sides and decide which side he is,” the EPE members said.