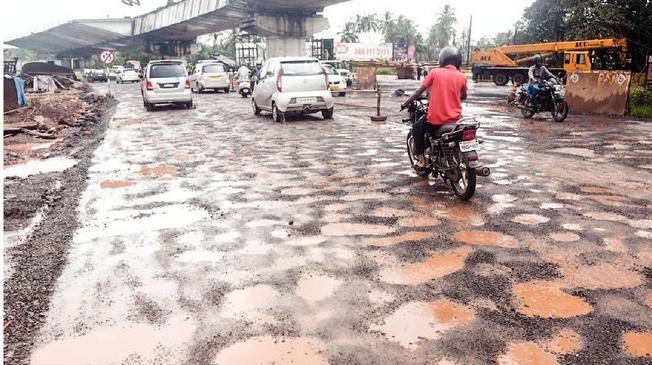 Panaji: Goa Forward Party (GFP) vice president Durgadas Kamat hit out at the Public Work Department (PWD) Minister Deepak Pauskar asking him to first repair potholes and then ‘bluff’ about completing the under construction new Zuari bridge.
Sharing the cutting of a newspaper daily carrying pictures of potholes on the roads across the State, Kamat tweeted on Tuesday, “First repair these potholes, then bluff about completing new #ZuariBridge by #May2021 @DeepakPauskar.”
This comes a day after PWD Minister Pauskar assured that the new bridge on  Zuari river is likely to be completed by April 2021.
When asked about the bad condition of roads in the state, Pauskar had said that it is because of the underground sewerage lines and stating that hot- mixing technology would be deployed to construct them with the Rs 150 crore sanctioned for the purpose by the Central government.